Annette Philip has donned many hats over her lifetime, all musical of course. She is a vocalist, pianist, composer, recording artist, and choral specialist. She is the Artistic Director of the Berklee India Exchange, as well as faculty at the Berklee College of Music, and Founder-Director of one of Berklee’s most successful ensembles – the Berklee Indian Ensemble. Conventional careers were not for her. “I figured out at a pretty young age that if I wasn’t doing music, I was going to wilt.” Annette was noticed by a judge at an inter-school music festival, which led to numerous voice-overs and jingles. “I got picked up by Discovery Channel at a pretty young age to do voice-overs for their channel promos,” shares Anette. She has, since, shared stage with legendary artists like A.R. Rahman, Bill Whelan, Terri Lynn Carrington, Angélique Kidjo, Philip Bailey, Buster Williams, and Jack DeJohnette; and this just merely scratches the surface.

In 2003, Annette founded Artistes Unlimited, a performing arts collective in New Delhi. “What prompted me to apply to Berklee was when I felt like I had exhausted all my internal resources and I needed external inspiration.” Whilst Annette’s plan was to attend the Berklee College of Music only for a couple semesters, as she was still running Artistes Unlimited, destiny had bigger plans. She received a partial scholarship from Berklee, supported by the Inlaks group. “Oh my God!”, she reminisces, “I remember the first day at Berklee, calling my parents and saying this is not just a university but an alternate dimension altogether. With 4000 musicians occupying two streets, it was like the never-never land of musicians.” Philip took a few semesters off to come back to India to release an album and tour India. Even as her scholarship from Inlaks Foundation came to an end, Berklee College couldn’t get enough of the talented musician and extended her partial scholarship to a full scholarship. The initial semesters progressed into  a degree, with the college subsequently inviting Philip to join the faculty, “I made a promise to myself that as long as I continue writing music, perform and tour, I’ll explore this and see where it takes me.” 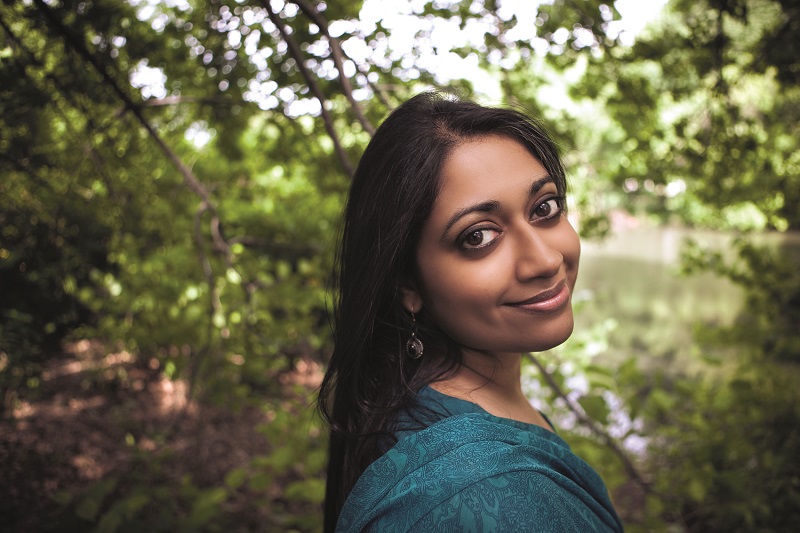 While Annette dabbles in varied genres like Rock, RnB, Jazz, Acapella, she stays close to her roots with Indian influences. When she came on board as faculty at Berklee, she was given the liberty to draw on a blank canvas. “Back then, the Indian music scene on campus was comprised of rhythmic classes and conceptual composition, but was bereft of a performing ensemble. I felt the need for a space for people to explore Indian music. That’s where it all started.” In 2011, 18 people signed up for the maiden class. The turnout surpassed everyone’s expectations – students from Harvard and MIT crowded the hallways for that first session. This was eye-opening for both the college and Philip. The demand for Indian music was not just within Berklee, but outside it too. Musical greats like AR Rahman, Shankar Mahadevan, Shreya Ghoshal and Vijay Prakash have collaborated with the Berklee Indian Ensemble, and next legendary singer Kailash Kher.

Fun Fact: When this interview was conducted, the videos created by the Berklee Indian Ensemble for Youtube and Facebook had crossed 86 million hits. This accounts for over 51% of all of Berklee’s hits since the college started its Youtube channel.

A force to reckon with, Philip also leads her own jazz ensemble called The Annette Philip Quintet, which is an embodiment of experimentation and spontaneity. It incorporates Jazz, Latin jazz, along with Indian, Turkish, Ukranian, and Brazilian music. “The group stems from the belief that improvisation is fun and necessary in life.” Annette is also the Core Vocalist and Creative Director of Women of the World (founded by Ayumi Ueda), an international vocal group of four singers from Japan, Italy, America, and India. 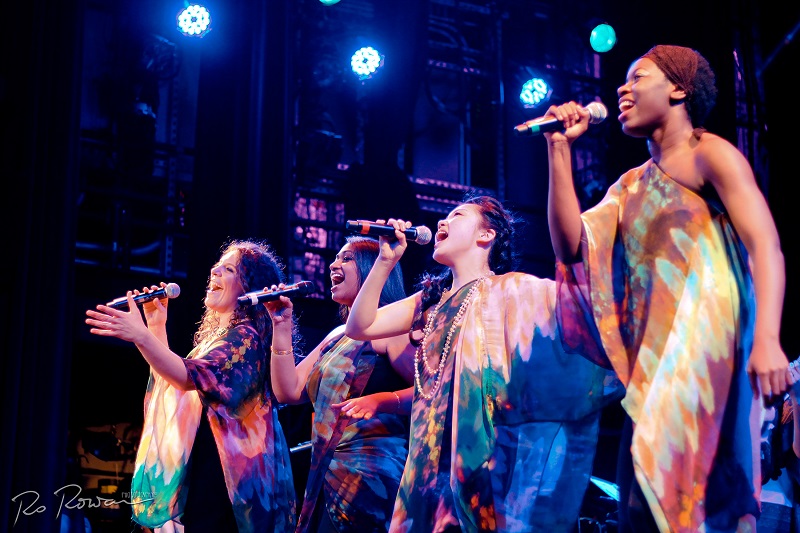 Collaborating with artists across the globe offers an understanding of what sets independent musicians from her own country apart— a distinct global yet Indian identity. “There is a seamlessness and comfort with which Indian musicians combine influences like Classical, RnB, or EDM with the Indian one, language no bar. People are going back to their roots to make their music distinct, fresh, and global.” she shares her advice for budding musicians, with a smile, “It’s imperative to get to know oneself, recognize your strengths, and keep improving. Once you know who you are start making things, and put them out. We’re fortunate to live in a digital age where you can reach anyone online.” Philip credits the importance of collaboration, “There is so much to learn from other people! If you the chance, resources, or network, all nascent musicians should collaborate.”

Our parting words with Annette Philip are simple, yet ones we forget so often. “Our lives are long or short, depending on how you perceive it. There is so much life to live, we might as well try as many different things as possible. Conversely, we have such short lives that you might as well do things that makes you happy.”

On that note, we pull out the signature DSSC Rapid Fire to hear what’s caught the eyes and ears of this unstoppable lady.

Any musicians whom we should watch out for?

Mahesh Raghunandan whom we heard at Sofar Bangalore, Youngr, Fatai from Australia, and Männersache from Germany.

Food and travel. Also photographs from around the world, cloth, the books we read, the movies we watch, the chefs that cook for us, all of it!

Your favourite city to perform in?

I can’t answer that! The Acapella Academy in LA — it wasn’t about the place but the ambience that was created. Fandom at Gilly’s, Bengaluru, was amazing too. In Austria, we performed in a cave! It was an auditorium built inside a big mountain!

Most unusual place you’ve performed at?

A lava cave in Kauai, Hawaii called The Blue Room (It’s formed from an old volcano which spewed lava, solidified, and a freshwater cave and lake were made inside it). We sang inside that and the reverb is amazing! As you lie on your back, and you’re floating, your ears go underwater, above water, and so on. As we were singing, it really felt like this is what it’s like to be conscious in the womb of the earth.

One song you can’t stop listening to?

Quarter Past Four by Avriel & the Sequoias. I’ve heard it over 500 times!

The Thali Tradition: India’s First Celebration of the Iconic Thali