When a new pizza haunt opens doors in the capital, it’s no surprise that the freshly baked dough calls out to our olfactory senses even before it leaves the kitchen. Abiding by our rule to bring to you everything smashing introduced to #OurCity’s F&B , we made our way to the lush lanes of Safdarjung to see (and taste) the latest offering by the Big Fat family. Taking off from Big Fat Sandwich, which paired desserts from Miam and coffee from Blue Tokai, the younger sibling – Big Fat Pizza – brings together two more crackerjack establishments, The Bombaykery and Kaffa Cerrado. As this winning trio gets set to charm Delhi, we take a slice of their pie, and it doesn’t disappoint (quite the contrary).

Owing to their name, we dove straight into the pizzas on offer. Starting off with the perennial classic, the Classic Basil Margherita checked all the boxes. If you’re one of those who take to a sweeter marinara, the Big Fat Pizza margherita is certainly one that you will relish. Knowledge of the strong foundation, in the form of the margherita, had us super eager to try the other pizzas that built upon the classic.

We then moved on to the Triple Mushroom Tossed in Truffle Oil, Feta, and Buffalo Mozzarella pizza; the Spicy Salami, Jalapeños, and Red Pepper pizza; and the Coarse Pork Sausage, Caramelised Onions, and Truffle Crème Fraiche pizza; all from the Napoli pizzas selection on their menu. The Triple Mushroom pizza swooped away the winner trophy of the night. The pizza was flavourful and the ingredients used complemented each other rather well – the saltiness of the truffle oil and feta was balanced perfectly by the sweetness of the marinara sauce and the surprising use of caramelised onions. While one of the diners noted that the crust became a tad soggy and messy under the weight of the toppings, their gripe was certainly ameliorated by the deliciousness of the flavourful and complementary toppings. The Spicy Salami, Jalapeños, and Red Pepper pizza, also known as the Diablo, did not break the succession of quality pizzas making their way out of the kitchen – the salami was sumptuous, spicy as expected, and the crust was cooked well. The pizza with the coarse pork sausage trumped the margherita, that undergirds it by being less oily, and packed the perfect amount of crunch. It suffices to say that one can’t go wrong with their choice from the myriad Napoli pizzas on offer at this pizzeria. 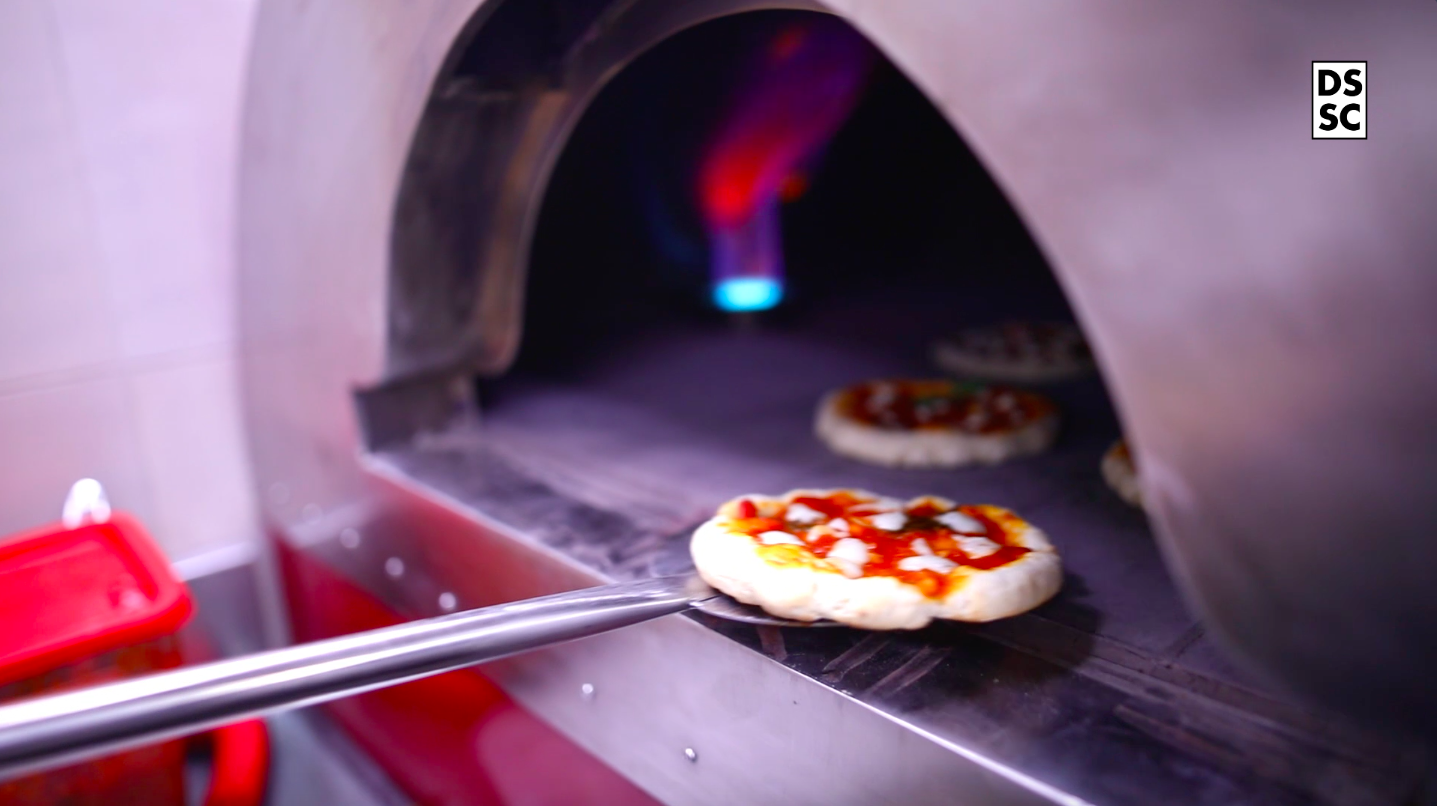 Having savoured the Napoli pizzas on offer, we moved on to the mains. We tried the Lamb Meatballs baked with Smoked Scarmoza and Fried Sweet Bread; Spinach, Ricotta, and Feta Lasagna; and the Baked Chicken with Mozzarella and Pesto. Deviating slightly from the pizzas that hit successive homeruns, the mains drew mixed reviews. The meatballs could’ve been juicier and the sauce had the table divided – few tasted salt content while others felt it was on the sweeter side of things. The lasagna was praised for selection of complementary ingredients, although it was noted that it could’ve done with marginally more seasoning. The chicken breast was the one dish that didn’t quite leave a mark on our palates; the chicken seemed to be under-marinated and slightly overcooked, resulting in a dry texture and neutral flavour. However, being their first ever tasting menu, the promise of a bettered dish once the kitchen runs full throttle, and all the other lip-smackin’ ones will have us going back for more!

Avijit Dutt: The Film And Theatre Veteran On The Inseparability Of Art & Politics