Biryani Deliveries Across Delhi-NCR Worth Your Buck

Lunch hours at the DSSC Headquarters are a treasure hunt to scout for the top of the pops food deliveries in #OurCity. Biryanis feature in this exercise often. Armed with some known gems and new discoveries, we wove together a list of the best biryani deliveries that will add a spectrum of flavours to a boring weekday lunch, and acquire star status for the much awaited weekend feast. If you’re yearning for biryani at the mere mention of the word, and imagining aromatic handis on the supper table, fret not, we’ve got your back. 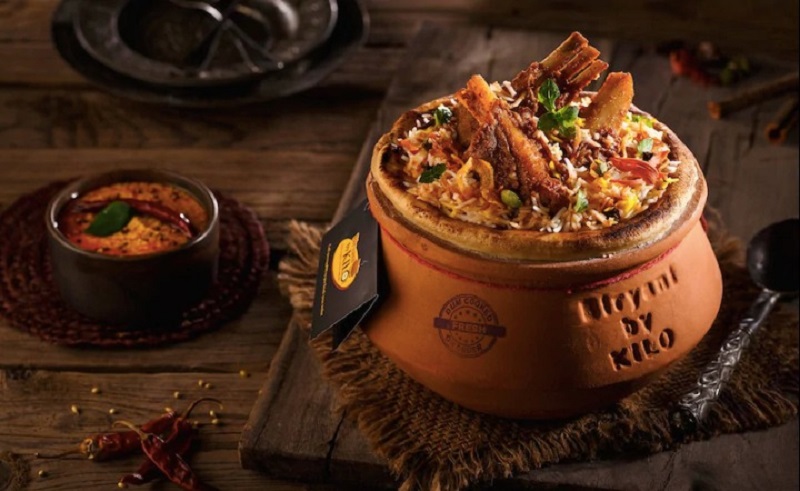 A range of Kuchi and Pukki biryanis – the two distinctive styles of cooking the biryani – are served in individually cooked handis for the Biryani By Kilo experience. Whether you go for their Hyderabadi, Lucknowi, or Kolkata style biryanis, be sure to pair them with kababs, kormas and curries. Besides the classics, we have made a note of their newly launched Peshawari Chole, Kathal biryani as well as Malamaal biryani that comprises of equal parts rice and meat, for our next order. Meat lovers rejoice! Indian sweets always hit the spot, and with desserts like Matka Phirni and Daastan-e-Gul (decadent lauki halwa), just one spoon is never enough.

Borrowing its name from the city that rose to popularity for its recipe of layered rice and spices, that we now know as biryani, this delivery chain is bringing back to life the recipe of Behrouz. The Persian city had gotten lost in siege until it was discovered amongst the ruins, a tale they concocted as well as their food. Behrouz Biryani has a no-fuss menu, serving the good ol’ classic biryanis like Bhuna Murgh, Murgh Makhani, Zaikadar Paneer along with an interesting falafel version of Subz biryani, among others. They have different serving sizes that allow you to indulge all by yourself, share with a friend, or order a bigger portion for the whole squad. 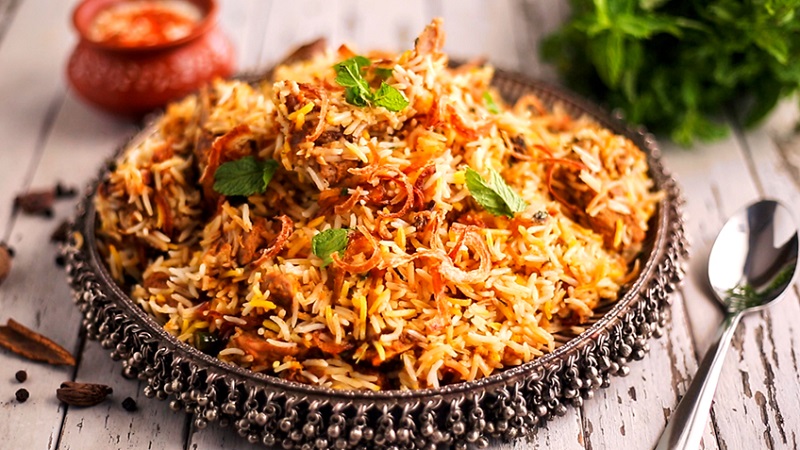 While authentic family recipes are usually well-guarded, this begum lets us in on her secret ingredients – swaad and swag. Homestyle Hyderabadi biryani is packaged by the Sassy Begum with intricate labels in neat black earthenware that you can re-use at your homes. Currently, the Begum resides in Greater Kailash giving a taste of her sass to only those within a 5km radius range. We hear good things about Begum’s Bagare Baingan but she is not overly generous with her helpings.

Deez is one of our favourite biryani places in the capital. Their Dilli 6 Keema biryani and Pakistani Mutton biryani hits the spot, every time. The handis come in different sizes from single servings to a 25 kg Jubilee, for as many as 60 people, making it easy for us to order lunch in office for one or for a house party. They do boneless as well as on-bone versions, depending on what floats your boat. With regional biryanis, with options of chicken, mutton and vegetarian, their menu is diverse, offering something to please every tummy. They have twelve outposts in the city, serving from the West to the South as well as Noida.

The Biryani Project is serving up a storm through their gourmet biryanis home-delivered in red handis along with raita in a jar, tempered with mustard seeds, red chillies, and curry leaves. Serving Lucknowi Mutton biryani, as well as Chicken Dum biryani from the Bohri community of Mumbai and Fry Piece Chicken biryani from Andhra Pradesh, they’re bringing the biryanis from different parts of the country to your doorstep. The vegetarians can also rejoice, for we have heard they do their Mix Vegetable Dum biryani as good as the meat ones, made with love using a wide variety of spices that elevate the flavour.

While new biryani delivery places are popping up in the city, a shout-out is deserved by the kind folks at Andhra Bhawan that serve a special Hyderabadi Dum Chicken biryani on Sundays. It’s totally worth making a trip for but we suggest you hit the road early, because it sells out by 2 p.m.

Advaita: Of Unison, Evolution, And 14 Years Of Creating Music