Black Comedy: Will India Ever Like Its Humour Dark?

”If they’re laughing, they might just be listening”, is famously used in the field of education, and holds true to the social realities of our time too. Comedy can have a profound impact on how we feel and think. Comedy has the power to make an audience re-evaluate any preconceived ideas they hold about the most sombre topics. Comedy has the potential to be a social corrective that speaks to a large audience on a light-hearted note.

Black Comedy is a genre that can be extremely powerful. Somewhere between satire, comedy, and society, we find black comedy as an art that performs a social function. Employing contentious topics as comical elements is a great way to work through difficult subjects and feelings. In the present societal climate, this may not be the easiest thought to wrap our heads around, but humour builds connections and facilitates interactions. “My first thought when I think about humour is, it’s a great way for us to have evolved so we don’t have to hit each other with sticks,” says Scott Weems, cognitive neuroscientist and author. 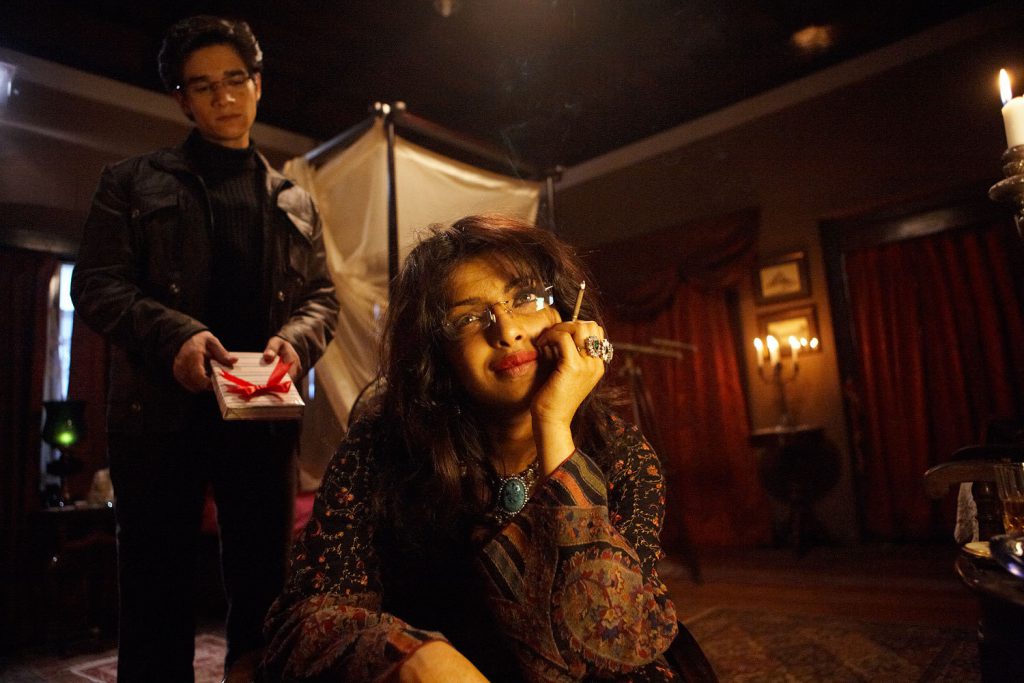 Over the years, Indians have been instructed to not offend and to be overly cautious while ascertaining the appropriateness of our comedy. A quick glance at Indian cinematic and performative histories reveals that these instructions have been heeded rather well. On the other hand, the international film industry has witnessed instances of successful black comedies, such as Kubrick’s 1964 Dr. Strangelove or: How I Learned to Stop Worrying and Love the Bomb tackled the fearful subject of nuclear war at the height of the Cold War. The political satire on the futility of nuclear conflict between the United States and the erstwhile USSR was beyond brave for its time. The film was a popular success at the time and continues to be regarded as an exemplar of dark humour.

A recent instance of films of the genre is 2009’s World’s Greatest Dad. It’s plot — a father who profits from his son’s accidental death— makes for a turbid viewing. The father fakes his son’s suicide note and publishes other such works “by his son” in pursuit of profit and fame. Despite its indigestible storyline, the film is oddly confident, well cast with commendable acting, and a successful attempt at black comedy. Also worth mentioning is the TV show Family Guy, which braves its way through political satire and other social dark humour (e.g. dead baby jokes) and is a favourite amongst many audiences.

The black comedy film scene in India, however, differs. Satirical representation of negative events as comically negative is not always well received. 2011’s Delhi Belly was daringly experimental and even refreshing in certain ways for the Indian film industry, a movie about three struggling roommates who inadvertently become the targets of a powerful gangster. Their trouble originates from one of them accidentally delivering a stool sample instead of a package of black market diamonds. The film had the audacity to venture into a genre of humour and style that the Indian audience may not be entirely accepting of. Surprisingly, the movie received mixed responses. Many reviews claimed to be thoroughly entertained by the humour and tight series of events in the movie. However, there was another section of reviews that were offended or thought the film to be “too much”. Essentially, here was a movie that just didn’t care about existing norms and established that there was space for dark humour in an age characterised by safe slapstick comedy.

Over the years, the industry has made its attempts at films in the genre. While storylines were interesting, most of these films dragged on for too long and missed the crisp orchestration of a film characteristic of this genre. 2011’s 7 Khoon Maaf is a film about an Anglo-Indian woman in search of love in its purest form. In her unending quest, she murders seven of her husbands. The story was scripted in the spirit of the genre, but was not entirely well received. The film had shortcomings in its execution, which didn’t make it engrossing for many, and its length made it hard to sit through. The attempt at a black comedy and a good cast was well appreciated but the morbid events were not deemed palatable.

Recently, such films as 2017’s Kaalakaandi and 2018’s Blackmail have tried to bring the genre to the widespread attention. The former didn’t gain much success as it failed to grip the audience with its story but was appreciated on account of casting and certain humourous sections that tried to push all boundaries (with varying degrees of success). Blackmail, directed by Abhinay Deo of Delhi Belly fame, managed to be another entertaining film. His signature, and sublime, toilet humour finds space within other elements of the film, such as its crisp execution, energetic music direction, and an ever enchanting performance by Irrfan. Notwithstanding their failure to be regarded as some of Indian cinema’s eminent productions, these films boldly and successfully represent subjects that are taboos in Indian society with an underlying tone of comedy. 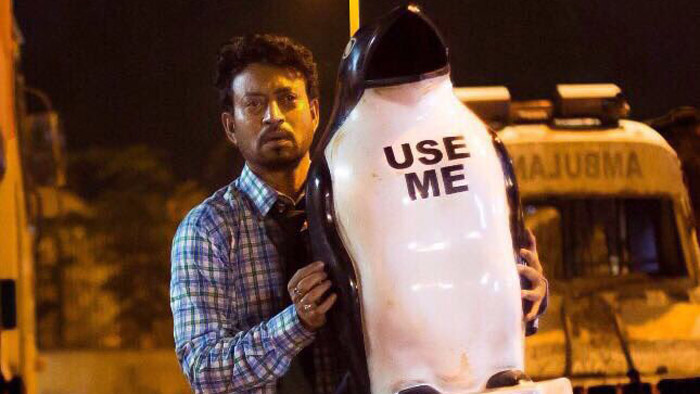 Besides films that tried to purely adapt to the genre, we find many other movies using certain features and elements of dark humour. For instance, Jolly LLB attempted to use components of the genre in its script. The recent Lipstick Under My Burkha made quite an impact in Indian cinema and had facets characteristic of gallows humour. Productions that set out to be a bold move in the industry, targeting a certain controversy, seek out theatrical elements that would help make an impact. Black comedy has been one such defiant form that continues to be unafraid of public criticism.

Many modern day films are attempting to find their place in this spirited and courageous genre of comedy. As Indians, we are used to either extremely tragic stories or plain slapstick comedy films. To be able to laugh at an unfortunate event, may be too strong an allegory for us. At the same time, it is believed that if used in the right social context, this might be the golden age of black comedy. We need this genre of humour now, more than we ever have.

5 Bizarre Fritters You Didn’t Know About