The capital has long longed for artisanal quality cheese. An ingredient, a platter, or a snack in its own — the food is loved far and wide in its various avatars. However, despite this widespread love for all things cheese, quality cheese has been hard to come by. In our quest to fix that, we chanced upon a little gem — Darima Farms — a passion project by two friends who wish to introduce #OurCity to artisanal, wholesome cheese, without the need to travel far and beyond. Founded in May 2017 by Arvind Chawla and Saurabh Vinayak with the goal of proffering organic, high quality cheese made using organic milk, herbs, and local skill force, Darima Farms currently produces small batches of gouda, gruyère, zarai, romano, montasio, and cheddar. The farm is nestled at 7,000 feet, in Sargakhet, Darima village near Mukteshwar (Uttarakhand), and is already serving up their produce at some of Delhi’s top spots. We get talking with Chawla to delve deep into the cheese-iness that comes about when a corporate senior manager and a young developer of eco-friendly homes in the hills (Vinayak) join hands.

How did the idea of Darima Farms come about?

The intent of doing something related to food and agriculture was deep-seated due to my background in hotels and fertilisers. It started to take shape when I met Saurabh in Mukteshwar, to see the estate he had developed in 2014. One discussion led to many ideas that were common, and finally in 2016 we started the work on the project (an organic farm) and decided to call it ‘Darima’ as an ode to the village it is located in. The clear direction was that it has to be organic, pure, with no preservatives and no chemicals.

What goes into balancing a corporate career and running a farm?

We divided the roles here — Saurabh takes care of the farm development and operations, as he is lucky to be able to spend more time at the farm along with artist turned cheese maker Pritam Bhatty. I take care of the front end in Delhi with farmer markets, retail partners, delivery, and end users such as restaurants. I have been fortunate that a lot of this happens over weekends. We have also created small teams both at the farm and the sales end. 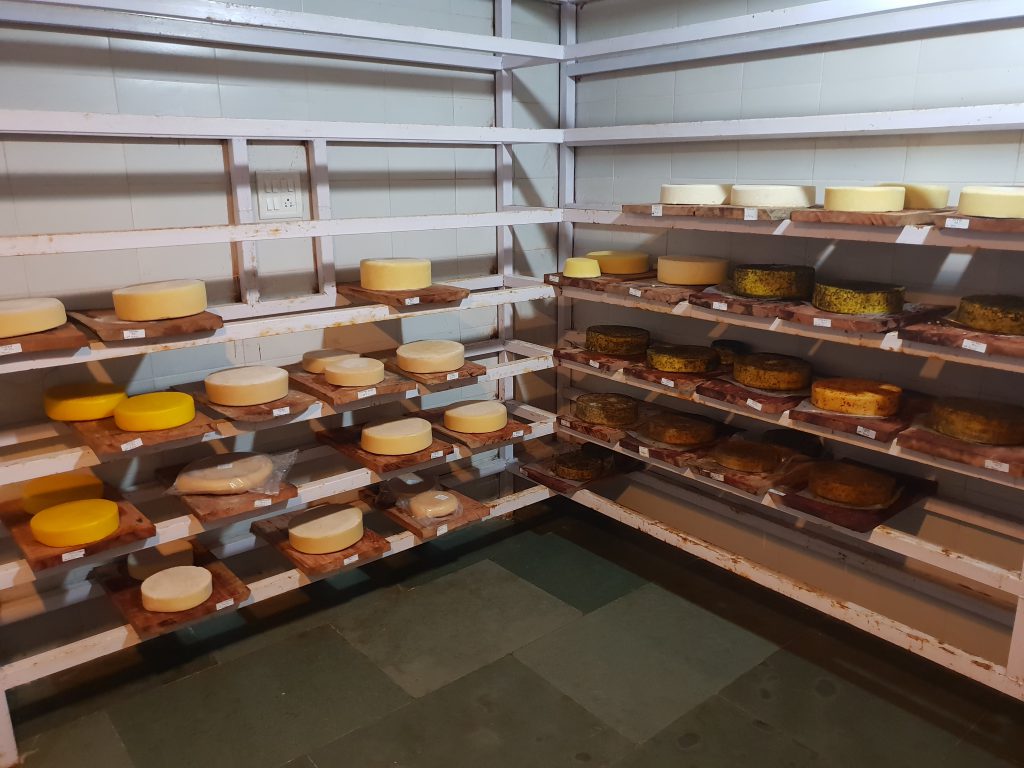 The Indian market rarely experiments beyond the mass produced, processed cheese, what made you believe in the idea of running a cheese farm?

Contrary to that belief, the artisan cheese scene in India has been very active down South and in West India since the late 80s. It’s just North India that is embracing it now. Good cheese was a struggle to find, and carrying it back from trips abroad is not very sustainable, so we decided to make our own.

Why is it that a much-loved food gained prominence in other parts of the country but took much longer to make an impact in the North?

The settlements of expat communities in Kodai, Pondicherry, and Pune gave rise to the culture which was not prevalent in the North. The food culture of Northern India has evolved vastly in the past few years and cheese production is an important aspect of this change — initially the region was satisfied with expensive, imported varieties, but now there is a desire to embrace local options, especially by dynamic young chefs .

You’ve showcased Darima Farms at farmers markets, nature bazaar, and more. How has the response been?

Since beginning of this year we have sold our cheese at the Earth Collective (Asiad Village), Passion Farmer’s Market (Basant Lok), and Bikaner house — the response has been overwhelming to say the least. The farmers’ markets have been our main marketing platforms, especially the Earth Collective, which is frequented by artists, writers, architects, chefs, and others who believe in  organic, traditional, sustainable and small batch producers. Our presence in most places is a clear offshoot from these markets, all through word of mouth. 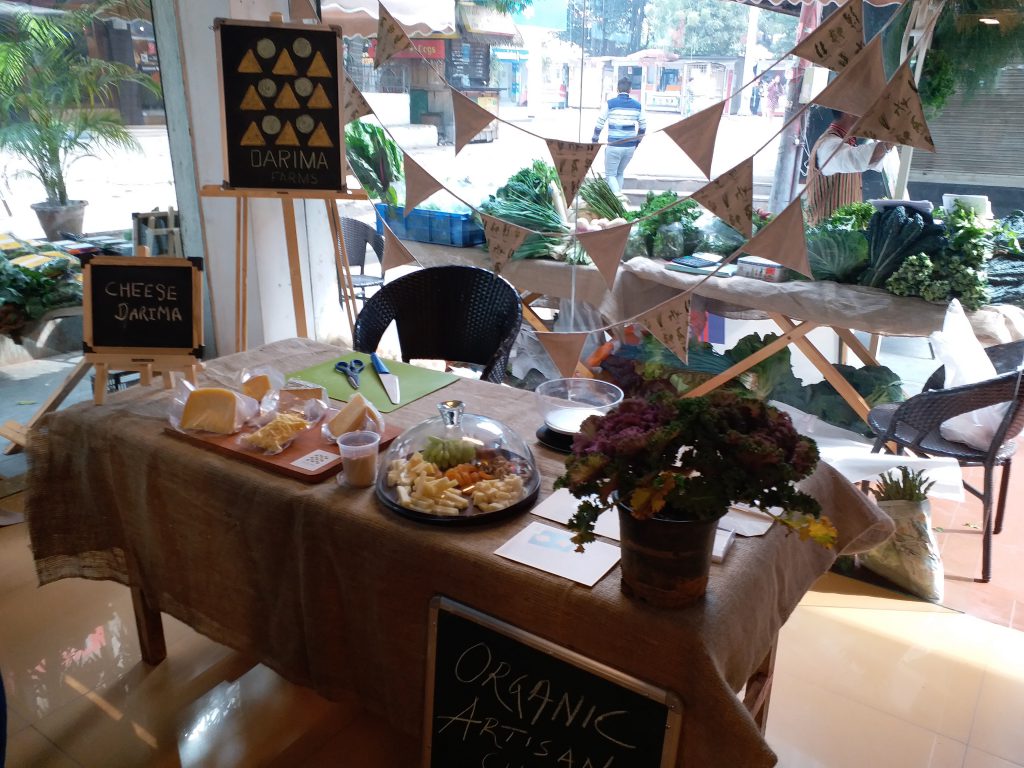 Have you seen an evolution of palate with respect to cheese among the patrons, over time?

The evolution has been ongoing since mid-90s. More and more people travel abroad and have good exposure to various varieties of cheese. The wine culture has contributed to the rise in cheese consumption, and it is now not seen as a mere ingredient in dishes as against its earlier image.

You’re coming out with the Artisan Food Collective with Artisan Meats soon. Could you share more about this outing?

Artisan Food Collective happened very organically as Meharwan Bawa of Artisan Meats took the initiative of the idea along with Gaurav Mishra of Thank God It’s Midnight, and it just seemed right. We hope the experiment works well, and we can expand to have more 365-day stores catering to artisan and organic foods. Currently, it’s all mixed up and very few platforms exist to showcase artisan foods with their USP of small batch and purity.

In a short one year, your cheeses can be found at some of the capital’s most loved places. How’s the journey been?

The journey has had a few very kind promoters for the work we do, Ambika Seth (CAARA), Meenu Nageshwaran (The Earth Collective), and Arjun Sahni (Nature’s Soul — our first retail point), and over 300 regulars in our WhatsApp cheese broadcast list. Also, the chefs from the Young Chefs Association have been very forthcoming in using our products in their creations.

How do you see the cheese market progressing in the coming years in the country?

I see the cheese culture growing in the coming years as a whole, especially more boutique, artisan varieties as they have the USP of being more local and experimental.

It’s our star, zarai (spice-rub Montasio), which means spiced cream in the local dialect. We developed it and it’s our flagship cheese. It is zarai’s mild spice aftertaste that sets it apart from other flavoured cheeses. 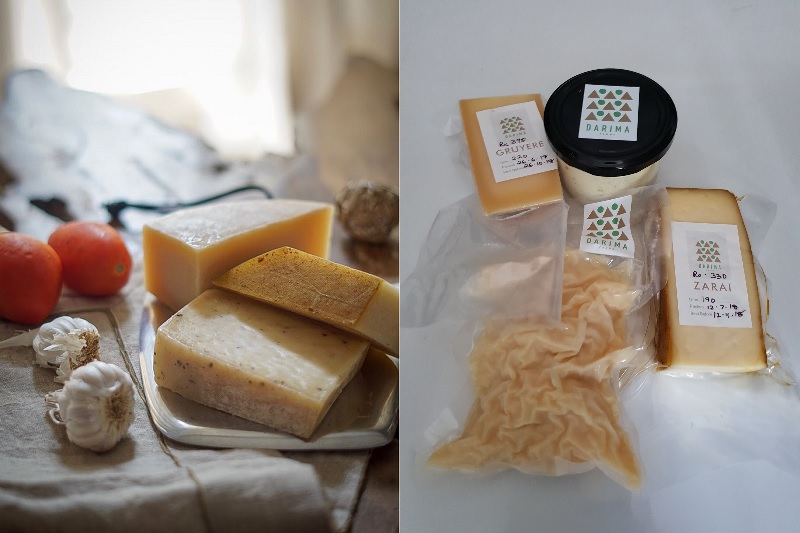 New products we can expect from your farm soon?

Close friends and partners in their passion venture, Chawla and Vinayak seem to be promising flag bearers of the cheese Delhi needs, wants, and deserves!