Glenmorangie: Bringing A Taste Of The Highlands From Cask To Glass

We’re inching closer to clocking a few hallowed hours in the company of whisky aficionados to swirl, smell, sip, and swallow Spìos, a fine new tipple from the house of Glenmorangie. In less than 12 hours #DSSCSecretAccess will bring forth a sensorial experience to the capital’s discerning cognoscenti, as they get to #TasteTheDifference with the highland distillery’s acclaimed Private Edition series. Bring out those heels ladies, and polish your shoes gentlemen, as we are ready to whisk(y) you off your feet. An enthralling experience awaits behind the orange door on September 19. 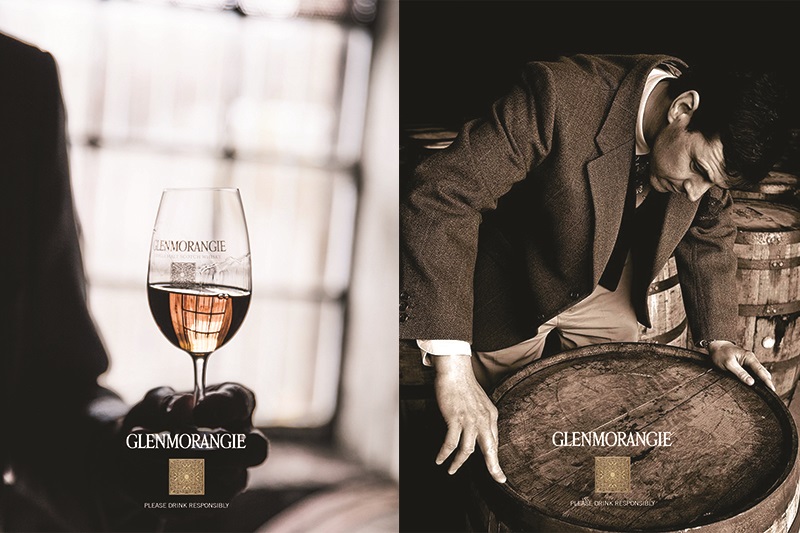 The experience will celebrate the spirit’s uncompromising journey to maturity. Each sip takes you back to the quietude of hillside glen, and is reminiscent of the peace of the Highlands and pure spring water that goes into its formation. In pursuit of the exceptional, Glenmorangie seeks to bring evermore wondrous whiskies to the world. At the Glenmorangie experience, you get to taste the single malts acclaimed for their extraordinary smoothness and complex flavours. Welcome to the valley of tranquility – Glenmorangie. Four rooms will usher you into an evening of exquisite tastings and learnings aplenty. Unlock Room 1 to know about the inception of Glenmorangie, its founder, the Men of Tain — select craftsmen entrusted with the secrets of our distillery, the provenance, and the distillery itself. Move on to Room 2 to Discover Glenmorangie Collection, as you get versed with Cask Management, and sip two fine whiskies — Glenmorangie Original and Lasanta. Next up is Dr. Bill’s Secret Chamber. It is here, that you will get to know all about a pioneering innovation, the creation of Private Edition 9. It is here, that you will taste the Glenmorangie 18YO. It is also here that you will be tasting Spìos, which will be unbottled for the very first time in India. Spìos translates to ‘spice’ in Scots Gaelic. The last room houses the Glenmorangie Cocktail Bar, throwing open a chic setting for the guests to mingle and enjoy signature Glenmorangie cocktails.

In the 20th Century, when rye was feted in America’s most prestigious saloons to it losing its sheen — the keen observer of trends, Dr Bill Lumsden, Director of Distilling, Whisky Creation & Whisky Stocks, ensured to reinstate the American rye whisky’s bygone elegance by introducing it to Glenmorangie’s renowned Private Edition. He put a finger on the pulse of the scotch world, when in a masterstroke he thought Glenmorangie’s renowned smoothness could invite rye’s subtleties to shine through. It comes as no surprise then that his contribution to the world of whisky led to him being lauded as Distiller of the Year, for the second time in 2018 by the International Spirits Challenge. As Dr Lumsden gets ready to jet set to India, he says, “I have always loved American rye whisky’s spicy character, and I believed our Distillery’s smooth house style would perfectly complement the nuances of ex-rye casks. The result is Glenmorangie Spìos – a full-bodied, savoury single malt whisky which brings to mind American rye whisky’s golden age. I hope connoisseurs and collectors will enjoy this latest innovative release in our Private Edition – a single malt whisky which is unmistakably Glenmorangie, yet exquisitely different.”

This is whisky at its finest.