Championing local produce, time-honoured techniques, and genial hospitality, Andaz Delhi cast a spell on #OurCity in January 2017 with its innovative take on food. Under the helm of Executive Chef Alexander Moser, their first restaurant, Annamaya, soared to heights grander than that of a croquembouche. Adding yet another gem to the Andaz repertoire, The Hong Kong Club is stirring up a storm. “We have implemented the same module of local produce as showcased at Annamaya,” shares the 2017 Power Packer awardee. With the fiery and popular Sichuan cuisine raging throughout India, THKC brings to limelight the more subtle of the eight Chinese cuisines – Cantonese, from the Guangdong Province. After a blockbuster pre-launch, #DSSCSecretAccess, we bring you the culinary craft behind the club that has Delhi swooning. 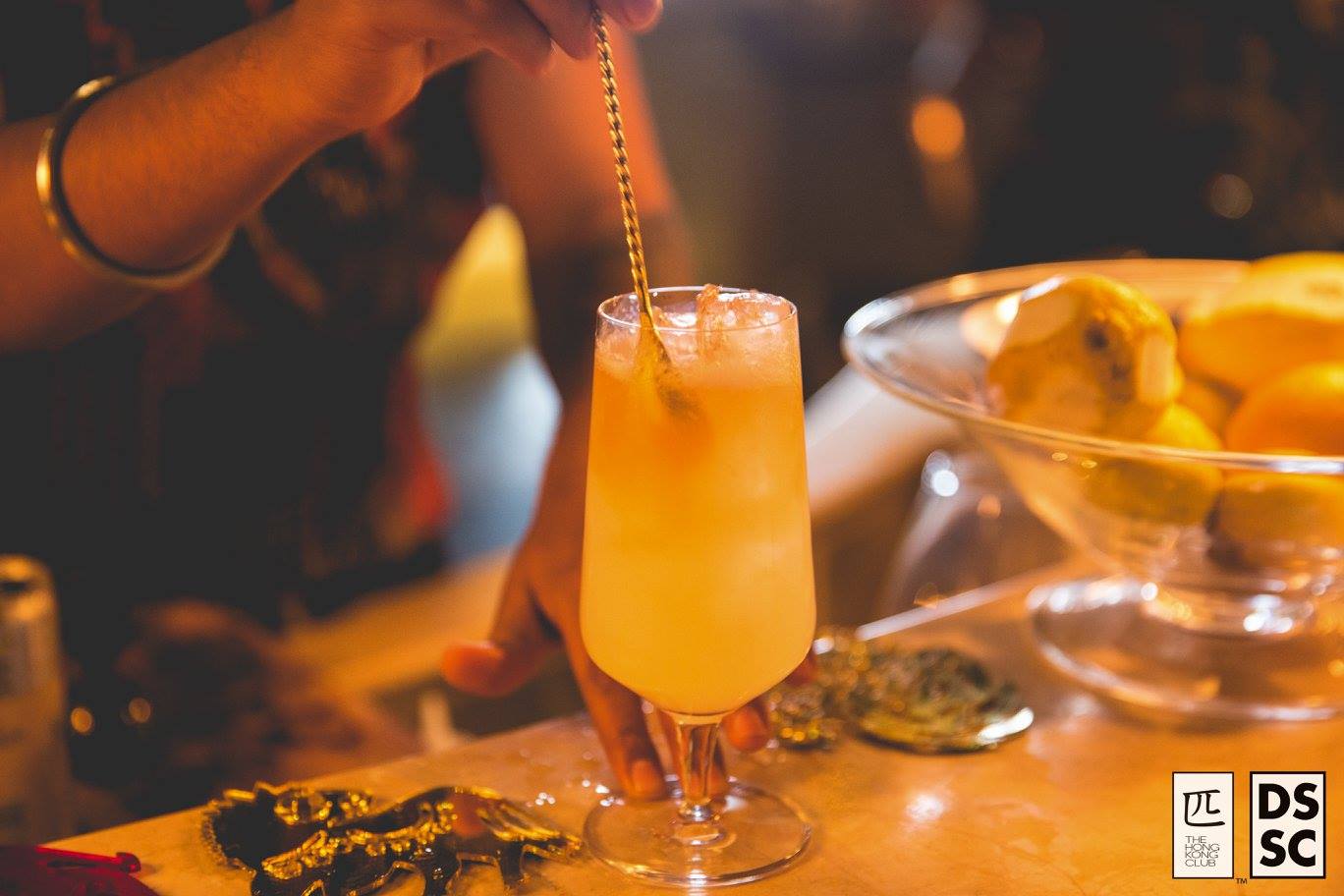 Tipples at The Hong Kong Club

An oasis environed by the chic crystal layout of Andaz, THKC exudes the moody soul & spirit of Hong Kong. Inspired by traditional dim-sum tea houses, little restaurants at street corners, and sophisticated fine-dining restaurants & bars, the space teleports you to the bustling city. As the bewitching bar, wide-ranging wine cellar, and sweeping staircase flaunt opulence; the porcelain vases, caged crystal trees, and eccentric art subtly elevate the Sino-tenor. Boasting of more covers than characters portrayed by Jackie Chan, the forbidden luxury is taken a notch higher with the Private Dining Room. Making acquaintance with the dapper seating, we dove straight into Chinese zodiacs, Eclipse and Moon Rabbit. Subtle hints of rose tea, a distinct aroma lent by tarragon cordial, and a power-packed punch from vodka and black pepper, put Eclipse high on the tipple scale. Topped up with champagne, this sharp drink makes for a teasing sip. Equally pleasing to the eye as to the palate, Moon Rabbit should not be mistaken for its demure. Brimming with fresh notes of lychee and perfumed with jasmine gin, this zingy beauty loads a strong champagne kick.

Keeping with tradition, next up were cold appetisers. Kicking off with Green Asparagus marinated in Mustard Oil, we were in for a ride. Adapting an outside-the-box-approach, the simplicity of cooking perfectly positioned with the surprising complexity of flavour-combination hit it out of the park. The gentle bite of the asparagus being the only missing piece of the puzzle, as this shoot needed thirty-seconds less in the pot of boiling water. The Crushed Cucumbers and Black Vinegar however, failed to woo. The slightly soggy cucumber was soaked a tad-too-sweet, and a sharper and more pungent vinegar marinade would make the dish sing. Next in, Pickled Radish with Chili and Soya boasts of Tom & Jerry like rapport, as the peppery sharpness of the radish is offset by the gentle sweetness of soya. The Roasted Duck Salad, Pomelo, Pine Nuts, and Shallots is summer in a mouthful with citrus reigning. While the roasted duck adds depth, its thin cuts can easily be mistaken for umami mushrooms. Pomelo and pine nuts being the stars of this show hoist it up the scrumptiousness poll. 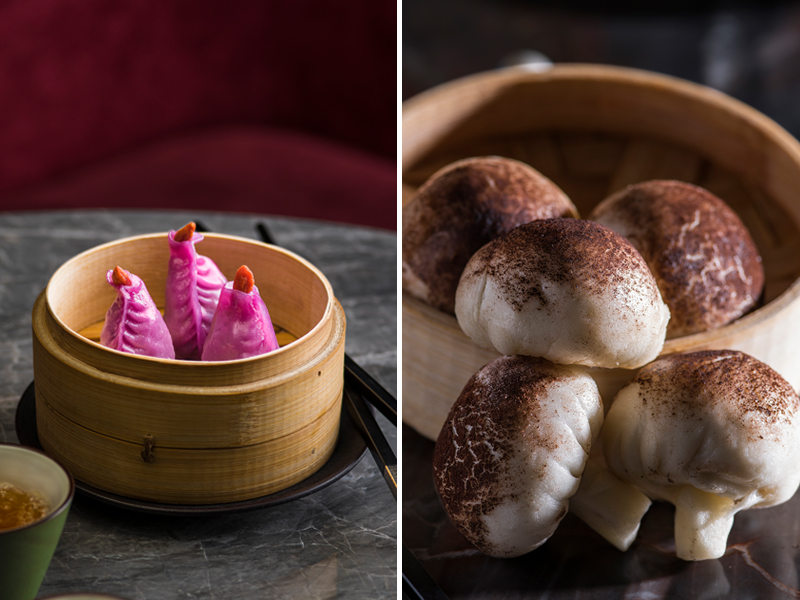 No Chinese supper is replete without dim-sum, and pairing the spread with a tête-à-tête, we got talking about the makings of the menu with Chef Alex. “We want to be as authentic as possible, with our own edgy twist and respect for local farmers. At the same time, we can’t use local lamb (that is ideal for braising) for our stir-fries,” says the Chef associated with Hyatt for over 17 years. Flying in Chef Yu Fuhai and his team from mainland China, the traditional disciplines and techniques are implemented with rigour. Prioritising produce and abolishing any use of powder, The Hong Kong Club is presenting Cantonese cuisine with a touch of Indo-eccentricity. The extensive dim-sum menu, that balances veg, non-veg (no, we’re not talking about sneakers) immaculately, furthers the belief of “not ba$tardi$ing the cuisine”. The first target in the line of sight for our chopsticks, Cauliflower Red & Chinese Cabbage Crystal Dumplings rocketed to the #DSSCRecommends list of dim-sums in the capital. Next in, Prawn, Asparagus, and Crispy Garlic Crystal Dumplings came a close second. The texture of prawn and asparagus hit the spot with bite sized chunks, but crispy garlic took on the role of Waldo. The hide & seek continued with Boletus and Shi Mei Ji Mushrooms with Black Pepper Shanghai Dim-sums. The burst of mushroom broth, whilst amusing, leaves you wanting for a more punchy flavour. The key lies with the concentration of broth, and once the flavour pars with technique, a trip to Aerocity will be imminent. 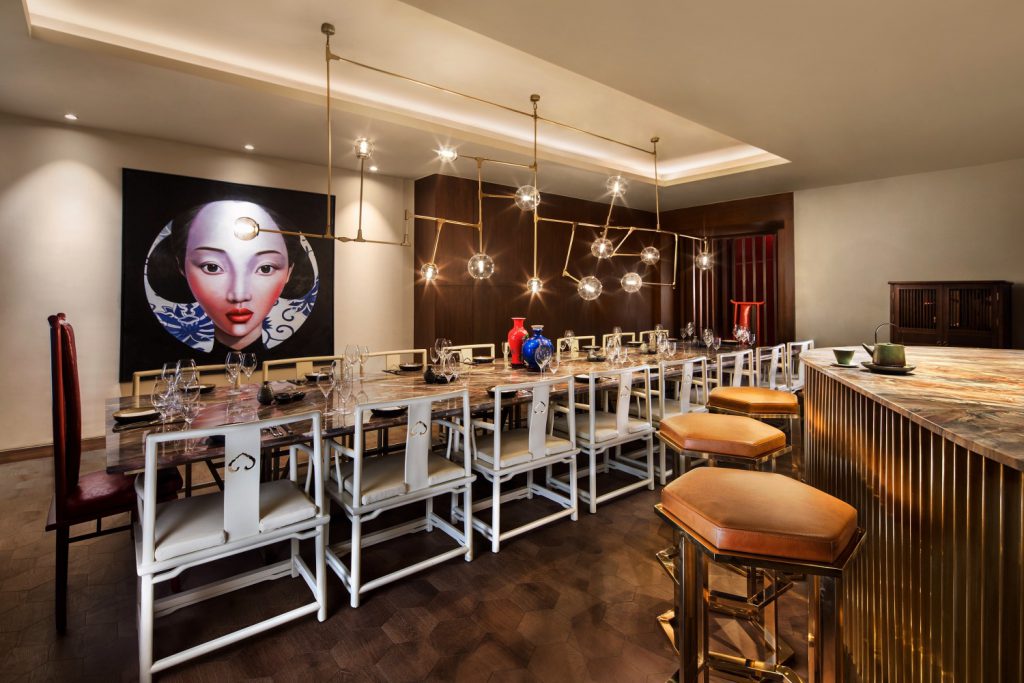 Prompting an uber high rating on the taste-o-meter, Hong Kong Style Duck, Homemade Barbeque Sauce, and Mini Bao blew it out of the water. Pink in the centre, well rendered, and boasting of crisp skin, the duck itself is enough to lure us back. Paired with soft baos that navigate contrary to the fluffy, kulcha trend in the capital city (you know it’s true) and a rich barbecue sauce, this is exactly what you need to cure a rough day at work. The signature Crispy Pork Belly with Kasundi Mustard showcases the ingenious pairing of indigenous Kasundi mustard and topnotch quality pork belly. While the texture ranges on the chewy side, the crispy skin well makes up for it.

The fourth act brought with it the pièce de résistance. Wok fried rice, Preserved Olive Leaves prepared with a trio of Jasmine, Red, and Bamboo rice cooked al dente. Obtained from bamboo flowers that bloom once every 40-60 years, the rarity and spectrum of the ingredient is represented brilliantly. The technique and thought seamlessly amalgamate to create a bowlful boasting of humility. “It is our little twist on the classic fried rice,” says the affable chef. Following closely was the Chow Mein tossed with Spring Onions, Garlic Chives, and Bean Sprouts. Amping up the hangover-comfort scale, and topped with sesame, the sweetness countered by bitterness of bean sprouts had us reserving a table for perpetuity. Free Range Chicken, Black Bean, Bell Pepper, and Scallions while well-cooked, failed to standout on the overflowing tasting table. Splitting the table in half about the glaze, Crispy String Beans & Chinese Olives unanimously won the crunch count-off. If a sticky glaze doesn’t hinge your expectations, it needs to be on your must-order list. Soaking in the intelligent use of local ingredients with traditional techniques and innovation, we bid adieu, revved up for a visit back soon.

Head over to Andaz, Asset No.1, Northern Access Road, Aerocity and lose wallet weight equivalent to INR 4,000 for two (approx.).