Seven years after a successful debut run, this amusing play makes a much-awaited comeback at Delhi’s Akshara Theatre. Directed by Madhav Mehta and featuring the talented Farhad Colabavala, famous for his role in Nikhil Mehta’s Sab Theek Hai Doctor Sahaab, the production promises to have the audience clutching on to their tummies (in a good way). Produced by the lead actor and the director’s combined forces on Epic Shit Entertainment Company, the play justifies their curiously epic tagline. 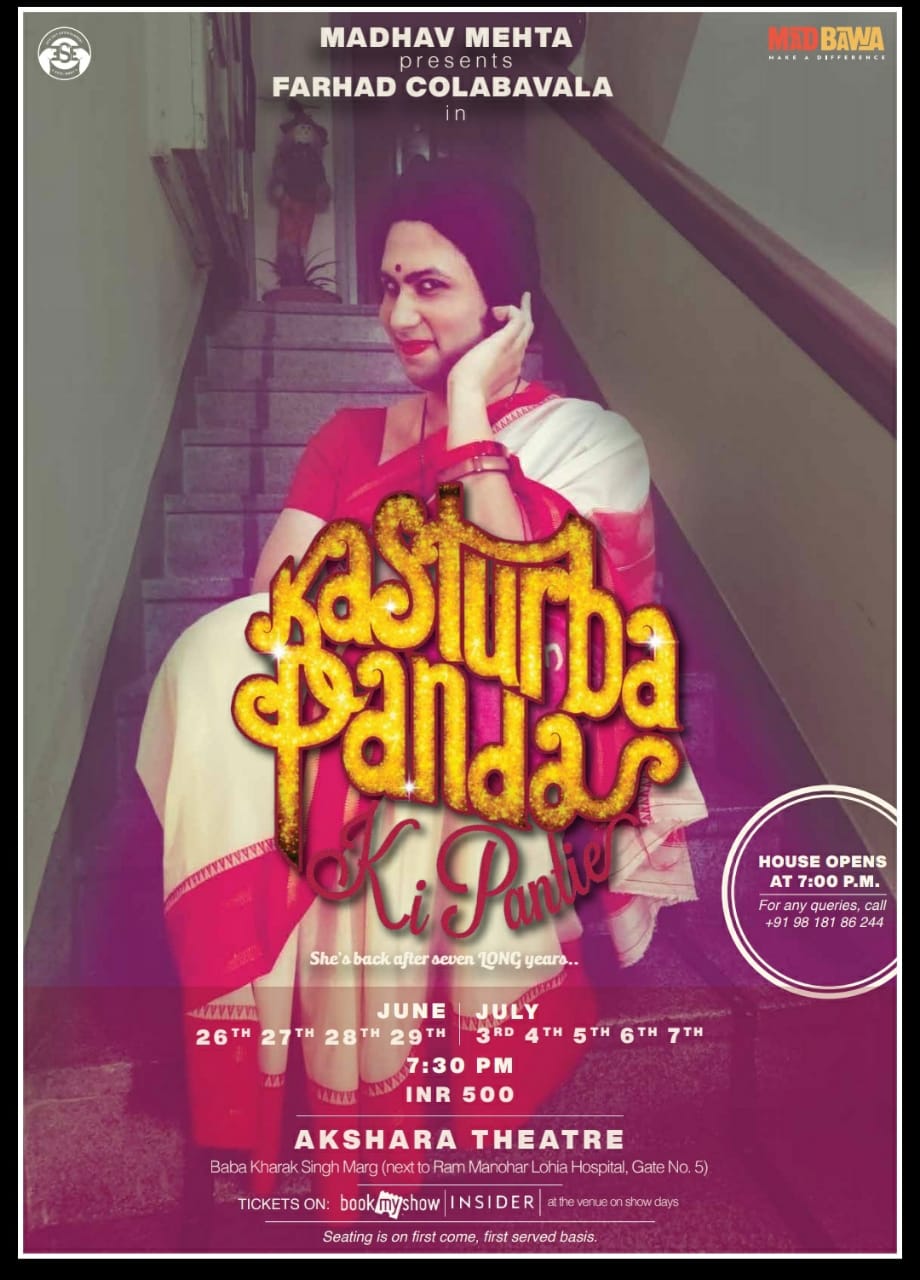 The play follows the story of Kasturba, distressed housewife of Ranjan Panda, a failed businessman and compulsive gambler, who is obligated to let out a guest room of his Sundar Nagar apartment in order to recover his monetary losses. Though he struggles to attract prospective tenants, things take a radical turn when a special appearance by Bollywood’s bad boy Salman Khan is expected at the town’s Diwali Mela. Kasturba, in her excitement to catch a sight of her favorite star accidentally, exposes her underwear for all the world to see. The incident drastically changes the number of parties interested in taking up the rental and draws a range of comical characters to the Panda household.

A mono act by Colabavala playing all characters of the play, the frustrated housewife, the husband, their notorious neighbor Kishmish and the various tenants, only aided by shifts in light and musical score which allows for a remarkable exhibition of his acting skills.

The show is entertaining, hysterical and indubitably worth the watch, The Sunday Guardian calls it a “wild comedy that leaves the audience in splits, and anxious for a glimpse of Colabavala in his true element”. Urvashi Gohilia, author of ‘My Way Is The High Way’ says it was “worth every minute and every penny”, and Papa CJ said it was “Bloody Awesome!” when he caught the show at it’s first running in 2013.

So if you’re looking to take a break from your hectic schedule, watch this hilarious show that is sure to have you rolling on the floor with laughter.

You can purchase your tickets here:
https://in.bookmyshow.com/plays/kasturba-panda-ki-pantie/ET00104428

A 22-year-old American actor fluent in French, English, and Italian. The youngest...