Monkey 47: The Gin, The Story, And The Arrival In Delhi

British tradition, Indian exotica, and Black Forest nativity and purity; say hello to the gin that embodies all this and more — Monkey 47. Journeying to the country with ardent appreciation for the spirit of the year, this Schwarzwald Dry Gin is now available at select few destinations across Delhi NCR. “It’s critically acclaimed but at the same time a consumer favourite,” shares, DSSC Power Packer 2017 and Monkey 47 Brand Advocate, Karina Aggarwal, while talking about the response to the proliferating Monkey chronicles. Declaring the season open with DSSC Secret Access earlier this month, Monkey pours are stirring up a storm in #OurCity. 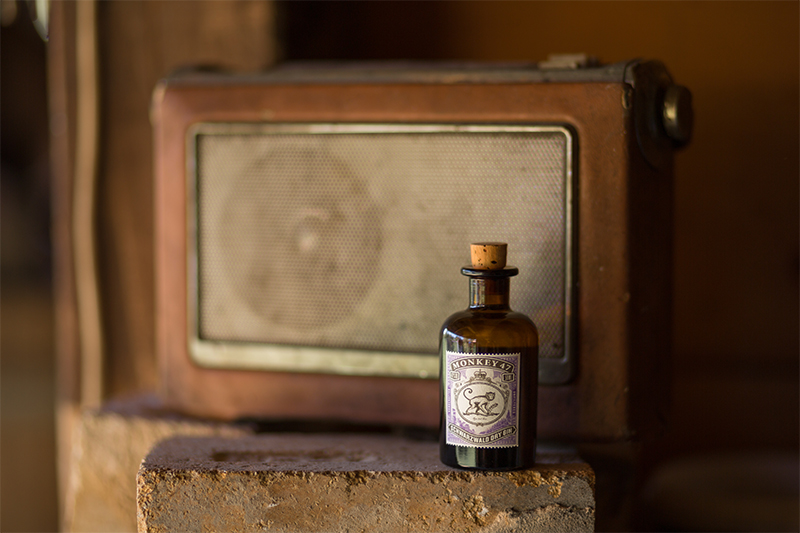 “It all begins with and goes back to Monty,” says Aggarwal talking about the genesis of Monkey 47. Son of a British diplomat born in Madras, Wing Commander Montgomery (Monty) Collins of the Royal Air Force was posted to divided Berlin in 1945. The India-born Englishman swore himself to the reconstruction of post-war Germany. While rebuilding the Berlin zoo, he came to sponsor Max, an egret monkey. Incognisant of the consequences that would transpire over half a century later, Collins relocated to the Black Forest and opened a country house named ‘Zum Wilden Affen’, which loosely translates to ‘The Wild Monkey’. Amalgamating his love for India, Britain, and Germany (represented on the Monkey 47 label) the gent concocted ‘Max the Monkey — Schwarzwald Dry Gin’.

Forgotten over the years, the spirit was revived when a weighty old wooden box, recovered from Monty’s estate, that contained the spirit was brought to the attention of Alexander Stein. A narration of the story was all it took to veer the scion of the Jacobi brandy dynasty, then residing in America and employed by Nokia, to Baden-Württemberg. Whilst cautioned by his father about the ruthlessness of the alco-bev industry, as his calling came knocking, the gent plunged right in, and never looked back. 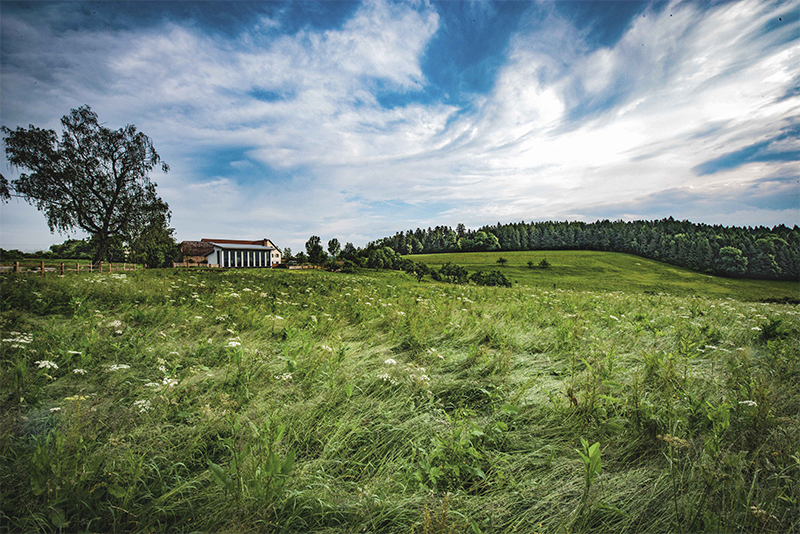 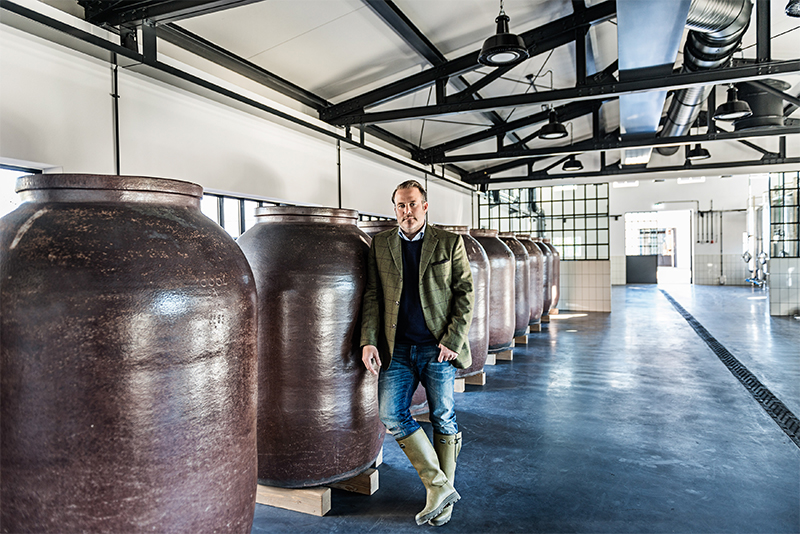 Renowned for production of schnapps and brandy, forbye gin, distillation reigned in the Black Forest when Stein arrived. “Once the government allowed licences, residents were making alcohol in their backyards,” shares Aggarwal. Joining forces with Christoph Keller, a celebrated distiller in the region, Stein set out to craft the crisp white spirit that would go on to be named the World’s Best Gin at the 2011 International Wine & Spirit Competition. “Alex wanted to do things right and create a gin that would be quality and complex,” she shares. With 120 test distillates, 47 different ingredients, and unrivalled complexity, Monkey 47 experienced its first pouring. “While contrasting in many ways, the 47 ingredients come together to create one coherent spirit that is uniquely layered and exceptionally smooth on the palate,” opines the liquor connoisseur. With a particularly pure scent of juniper, earthiness that is complemented by grassiness, and crisp citrus notes accentuated by a hint of peppery spices, the blend is one whose discovery persists through the glasses. “No matter what kind of gin it is you like, you will find something in Monkey 47 that you love,” she adds. We concur, for, aged in earthen pots for three months, the gin offers a more mature and coherently complex flavour profile than is commonly observed. 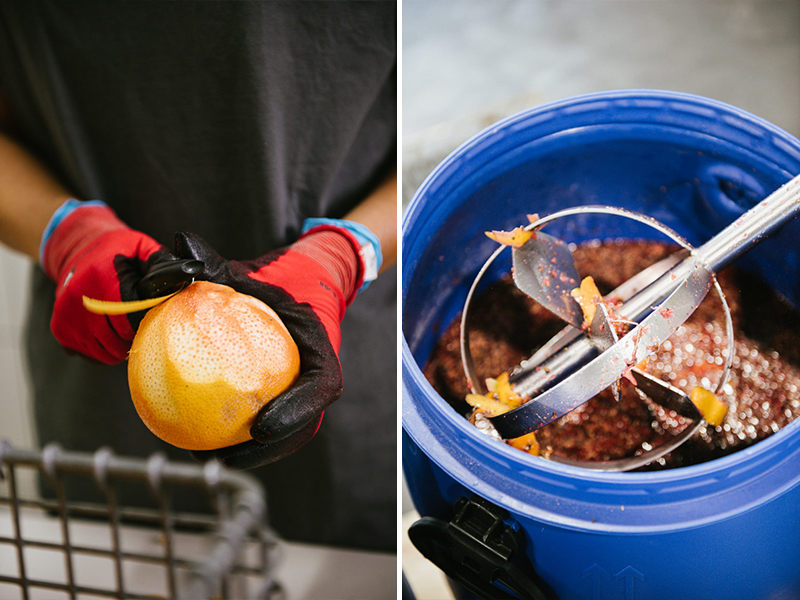 Counterpointing to industrial production, the Monkey 47 distillation process is one in which quality takes precedence over quantity. Utilising 100 litre stills and handpicking botanicals from the Black Forest, this artisanal gin continues to be handcrafted. “To this day, all the lemons, and grapefruits are peeled fresh on the day of maceration,” shares Aggarwal. Navigating her way through the Black Forest, the brand advocate witnessed the distillery and its crafting process in the flesh. “Simultaneously clean, contemporary, rustic, and something out of a museum, the distillery brings forth the detail that is evident in every element of Monkey 47,” proclaims the beverage commentator known in the world of alco-bev as GiggleWater. 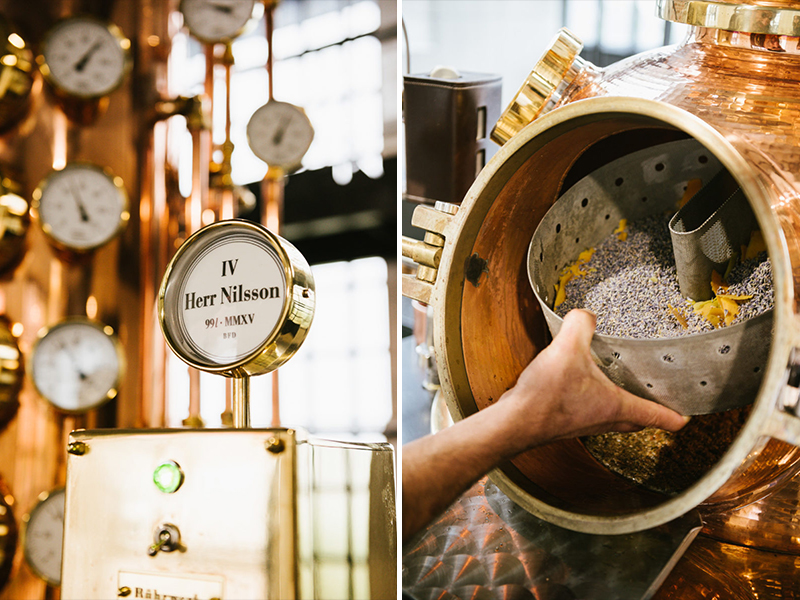 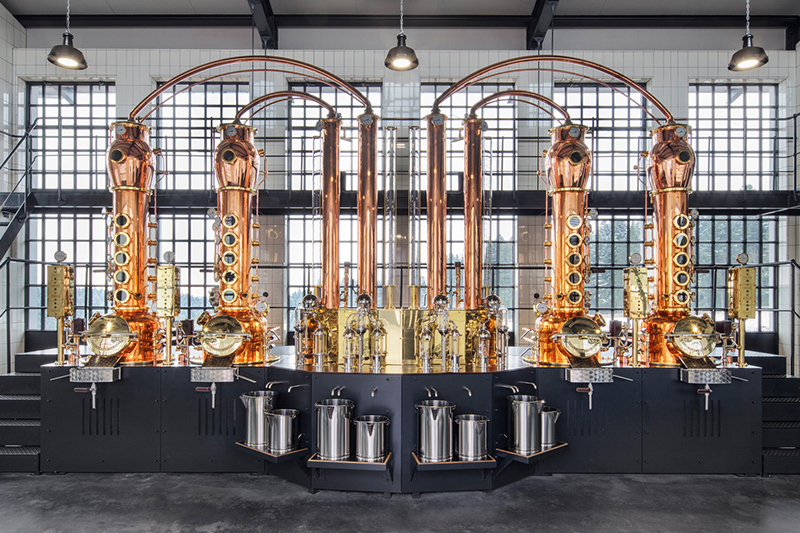 Monkey 47 Distillery in the Black Forest

Mindfulness is as much of a ‘secret weapon’ for this sublime gin as cranberries. “Armed with a sound aesthetic, Alex has ingrained the brand with a dispensation for sustainability,” says the spirited lady. Eschewing seals and espousing natural cork, the amber hued bottle — reminiscent of those from apothecary labs — is sealed with corks created from the bark of Quercus suber, a tree known for its rather quick regeneration properties. Inspired by the satirical Roman poet Juvenal — Orandum est ut sit mens sana in corpore sano: you should pray for a healthy mind in a healthy body — the distillers set out to find the perfect vessel to enjoy the potent Monkey Tonic. Resulting in The Becher, a stoneware vessel with artisanal roots, which both renders each creation unique and supports the German artisan community, that enhances the Monkey Tonic experience. Propounding yet another instance of Stein’s mindfulness, Aggarwal continues, “The roads to the micro-distilleries inside the property are built on pipes that carry hot water to stills, thereby preventing settling of snow, eliminating the need for shovelling, and saving manpower, energy, and time.”

Monkey 47 is now available in over 50 countries, including India. “What it tastes like, what is stands for, how it originated — it’s a splendid story,” shares the Power Packer. We agree, for it’s a story that has us enamoured.

The Best Of Netflix: What To Watch In The Time You Have (Part Un)