The Best Of Netflix: What To Watch In The Time You Have (Part Deux)

We’re back with Part Deux of our binge-worthy recommendations because as we mentioned last time, Netflix is such a bottomless treasure trove, Part Un couldn’t even begin to cover it. Time flies and the weekend is mercifully around the corner again, so read on as #DSSCRecommends some more films and series to watch, based on the amount of time you have in hand.

If You Have Two Hours

If you loved reading Antoine de Saint-Exupéry’s classic novella, its animated adaptation will not disappoint you, for it is one of the better cinematic adaptations of a book. The film takes the themes of the source material and builds on them to create a tale of friendship, adventure, and imagination. Directed by Mark Osborne, who also gave us the wonderful Kung Fu Panda, this film keeps both children and adults enthralled with its big-heartedness, the timeless lesson of not giving up on dreams and imagination, and of keeping the child within us alive.

The six-part documentary series deconstructs the oxymoron that is “business ethics”. Each episode focuses on the underlying corruption and greed of major corporations and the ensuing scandals, exposing their unscrupulous activities through firsthand accounts of both the perpetrators and the victims. Co-produced by Oscar-winning documentarian Alex Gibney, the docuseries includes exposés of the Volkswagen emissions scandal and the many dubious deals of Donald Trump’s business empire. Dirty Money is not easily palatable in one sitting; each episode is intense and, as an anthology, should be taken in bite-sized chunks of one episode at a time. 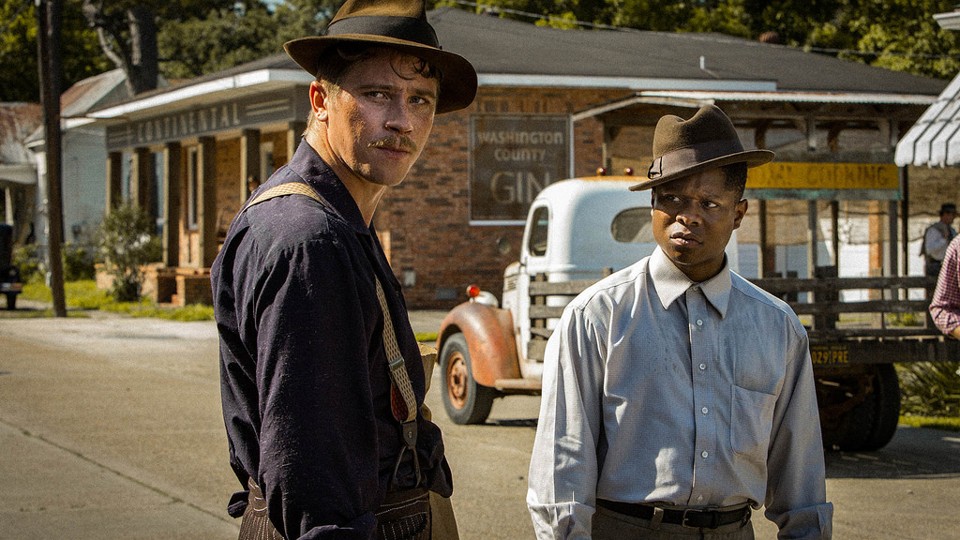 Two families — one black, one white — try to survive on a Mississippi Delta farm after the end of the Second World War. In the Jim Crow South, they have to live through their experiences of racism, prejudice, and PTSD. Based on the novel of the same name by Hillary Jordan and directed by Dee Rees, Mudbound opened to rave reviews at the Sundance Film Festival in 2017, and was nominated for several Oscars, including Best Supporting Actress and Best Original Song, both for Mary J. Blige, Best Adapted Screenplay, and for the history-making Best Cinematography for Rachel Morrison, who became the first woman to earn a nod in this category.

Five Came Back documents the story of five film directors — John Ford, William Wyler, John Huston, Frank Capra, and George Stevens — who enlisted in the Second World War to document its events and changed the rules of filmmaking forever. Their works are analysed, respectively, by Paul Greengrass, Steven Spielberg, Francis Ford Coppola, Guillermo del Toro, and Lawrence Kasdan. Based on the book of the same name by Mark Harris, the series explores how the intertwining of the film industry with the war machinery can result in a compelling examination of propaganda, truth, and realism. Meryl Streep serves as the narrator, and won the Primetime Emmy Award for Outstanding Narrator in 2017.

This animated series with 10 episodes, targeted at adults, follows the lives of 7th graders Nick and Andrew as they discover the nightmare that is puberty. The sitcom is based on the lives of its creators Nick Kroll and Andrew Goldberg, who have voiced their fictional selves. Other stars who voice-feature on the show are Maya Rudolph, Fred Armisen, and Jordan Peele. With its scatological humour and hormone monsters presented as shoulder-angels who give sex-related advice, the show depicts the messy and awkward reality of adolescence.

One Day at a Time

Inspired by Norman Lear’s 1975 sitcom of the same name, the series follows the everyday life of an American-Cuban family. Penelope, a newly single Army veteran, has to raise two children in the most pleasant phase of their lives: their teenage. She solicits the help of her old-school mother and her building contractor. Together, they go through the highs and lows of life and battle it out one day at a time. The contemporary reimagining sheds light on issues such as homophobia, racism, immigration, sexism, and mental illness, thus garnering critical acclaim, and an Emmy and Critics’ Choice nomination in its two-season run.

The seven-episode documentary series explores the unsolved murder of Sister Cathy Cesnik in 1969, a nun who taught English and drama at Baltimore’s Archbishop Keough High School. In the 90s, the case was reopened after one of Sister Cathy’s former students accused the school authorities of covering-up the acts of A. Joseph Maskell, a priest at the school who sexually abused two female students. Dark and harrowing, the true-crime series hops between timelines instead of keeping its structure traditionally linear, thus making for a riveting viewing.

This sci-fi series fuses a post-apocalyptic future and time-travel. In the present-day 21st century, five dead people are inhabited by consciousnesses that have travelled hundreds of years back in time from a future wherein very few humans are alive. The mission of these travelling consciousnesses is to prevent humanity from meeting a terrible future. However, dealing with the everyday struggles of their 21st century human hosts proves as challenging a task as altering the course of history. Tautly-paced and suspenseful, Travelers, with its two seasons, was one of the “most devoured” shows in 2017, according to Netflix.

Award-winning chef David Chang perhaps has the most enviable job on the planet as the star of a series that amalgamates food, travel, history, and culture. Each episode explores the sociological, cultural, and culinary history of popular food such as pizza, tacos, and fried chicken. The non-fiction series has been praised by many critics for challenging cultural barriers through food by ditching the kitchens of fine-dining restaurants to explore the locales of many countries including South Korea and Denmark.