6 Indian Documentaries That You Ought To Watch

A common perception of documentary films is that they are informative at best, and boring and pedantic at worst. Nothing, however, could be further from the truth. While documentaries have never claimed to be uninformative, they have a lot to offer in the form of analysis of society’s underbelly. Instead of over-stylised, over-dramatized films “based on true events”, documentary films offer a profoundly raw slice of life. The subjects covered are usually personal to the filmmaker; somewhere they form a part of their lived experience. But since personal is political, documentaries become an essential prism through which one gets a chance to observe that which is so close to one’s face that its magnitude becomes unfathomable. And with each viewing, as well as with every viewer, the films carry a different import and significance. #DSSCRecommends six such Indian documentaries of the 2010s about the working class that illuminate various forms of discrimination that plague our society.

Cotton for my Shroud
2011 | Nandan Saxena and Kavita Bahl 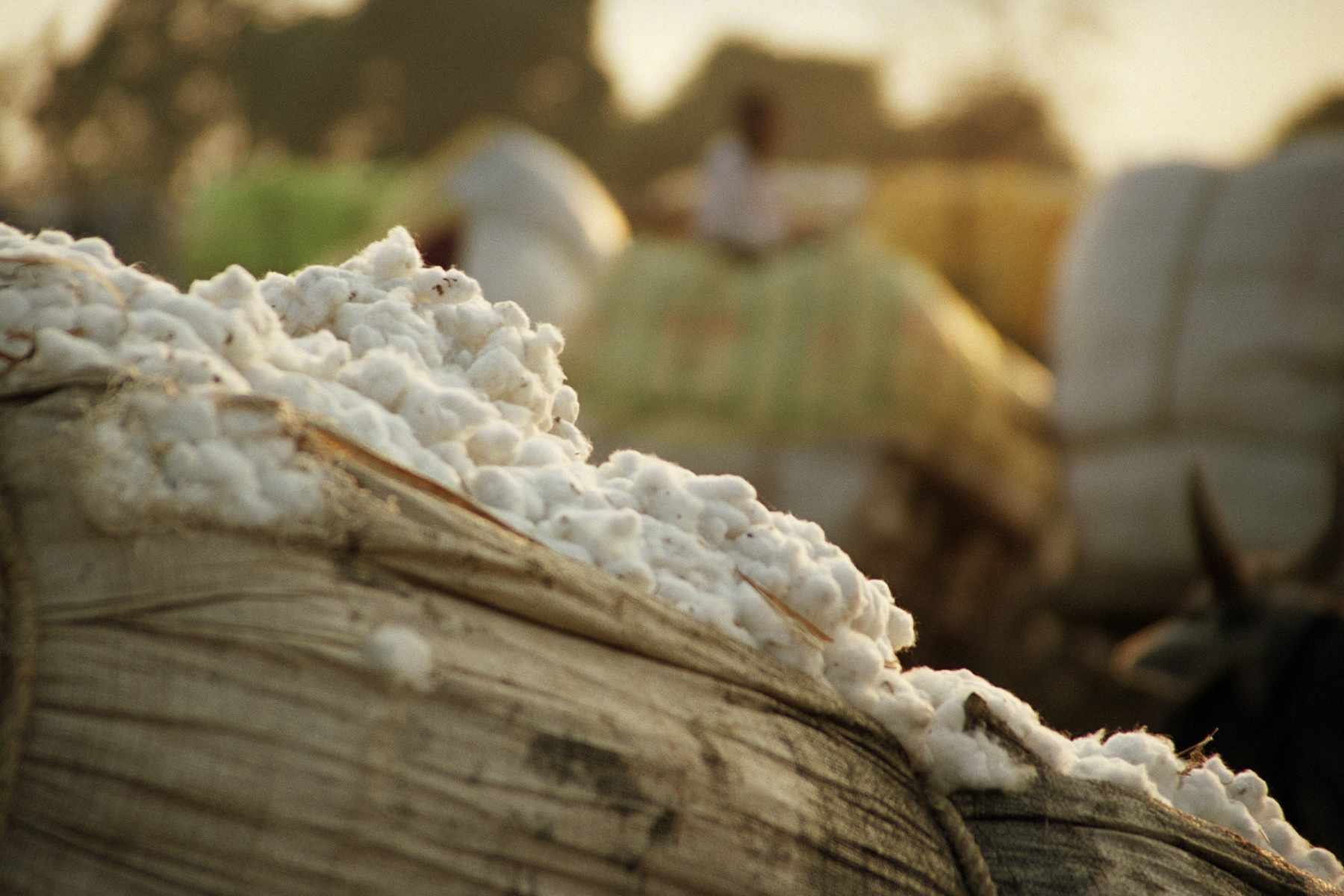 Since 1995, over a quarter of a million Indian farmers have committed suicide. This film focuses on three families to give us a macro picture of the lives of farmers in Vidarbha, Maharashtra, where most of these suicides have taken place. Once known for its fine cotton, Vidarbha is now called “the graveyard of farmers”. Cotton for my Shroud attempts to understand from the grassroot level what has been driving Indian cotton farmers to end their lives. Is it merely debt or are they victims of faulty paradigms of development? It unmasks how the government’s collusion with multinational corporations in the post-Green Revolution era, which promotes pesticide-laced, genetically modified crops, is at odds with traditional and eco-friendly methods of farming. Lured by the aggressive marketing of these supposedly “better varieties” of crops, the farmers find themselves in an unending cycle of debt and misery. The film won the 2011 National Award for Best Investigative Film. 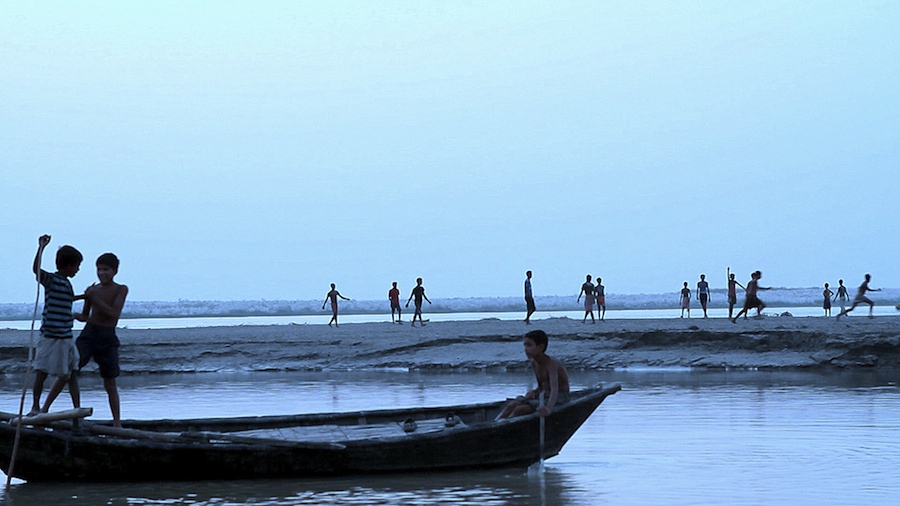 The film is shot from the perspective of Rubel, a 14-year old boy, who yearns to study, but is bogged down by his financial circumstances. He lives in Char, a river island in the Sundarbans delta which is facing unchecked erosion of its riverbanks. Patrolled by both Indian and Bangladeshi armed forces, Char is a no man’s land whose inhabitants have to resort to smuggling to stay alive. Rubel, who has to arrange for his sister’s dowry while his father is encumbered by hernia, braves border security forces every night to smuggle rice into India, lest they all starve to death, as neither country makes an effort to rehabilitate the population of the fast-vanishing island. Char was also screened at the Berlin Film Festival. 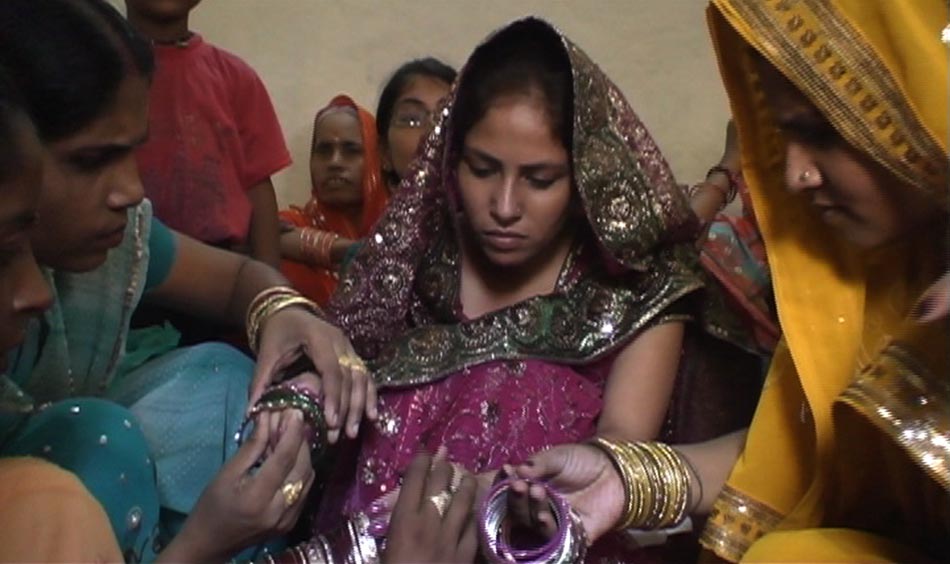 Made in collaboration with Anupama Srinivasan and Public Service Broadcasting Trust (PSBT), Rawat’s film — as the title suggests — is about decisions and the agency one has (or not) in making them. Rawat interviews her friends and acquaintances from the Garhwal region, and asks pointed questions about their dreams and dashed hopes. Among the women she interviews, one wants to be a teacher, another a singer, but conservative patriarchy dictates their lives’ paths as they end up married, with children, and chained to domestic life. But it is not only women’s lives that Rawat seeks to capture as she focuses her lens on the minutest of expressions and emotions on her subjects’ faces. The film opens — and ends — with an account of her own failed romance with Sunil owing to their different castes. Filmed without a script over a period of three years, Nirnay has picked many awards, including the Most Innovative Film at the Mumbai International Film Festival, and continues to be a part of several film festival programmes. 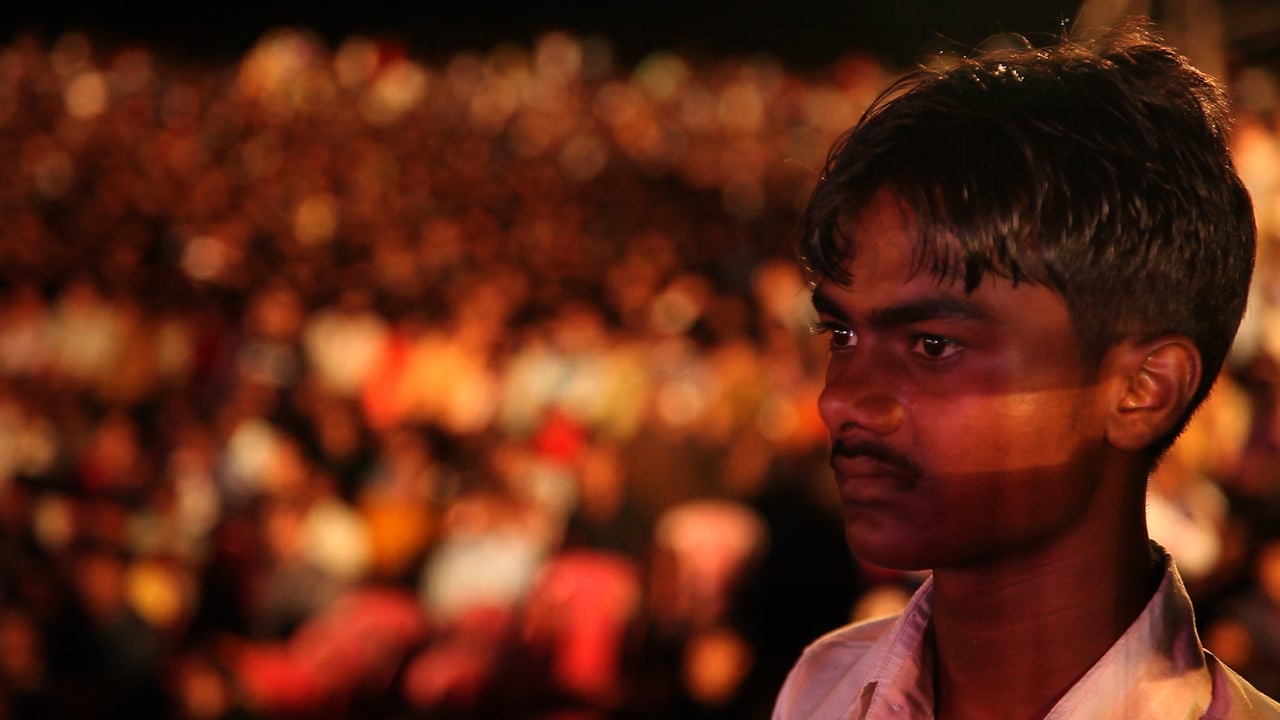 Surabhi Sharma’s documentary makes the meaning of its title clear in every synopsis: ‘bidesia’ is one who leaves home, and ‘Bambai’ is Mumbai/Bombay in Bhojpuri. Nominated for the Best Documentary at the Asian Pacific Screen Awards, the film offers a glimpse into the experience of being an immigrant in the Maximum City, which usually renders them faceless, through the immigrant’s music. More than a cultural artefact, Bhojpuri music in this film becomes an identity marker for the Bihari migrants, who are taxi drivers, contractors, daily wage earners by day, and musicians and singers by night. It also reflects on how and why Bhojpuri music — which has descended from an old oral tradition — has come to be associated with sleaze and the male gaze, even though most of the lyrics are from the female perspective, about the woman’s longing for her lover who has left home. 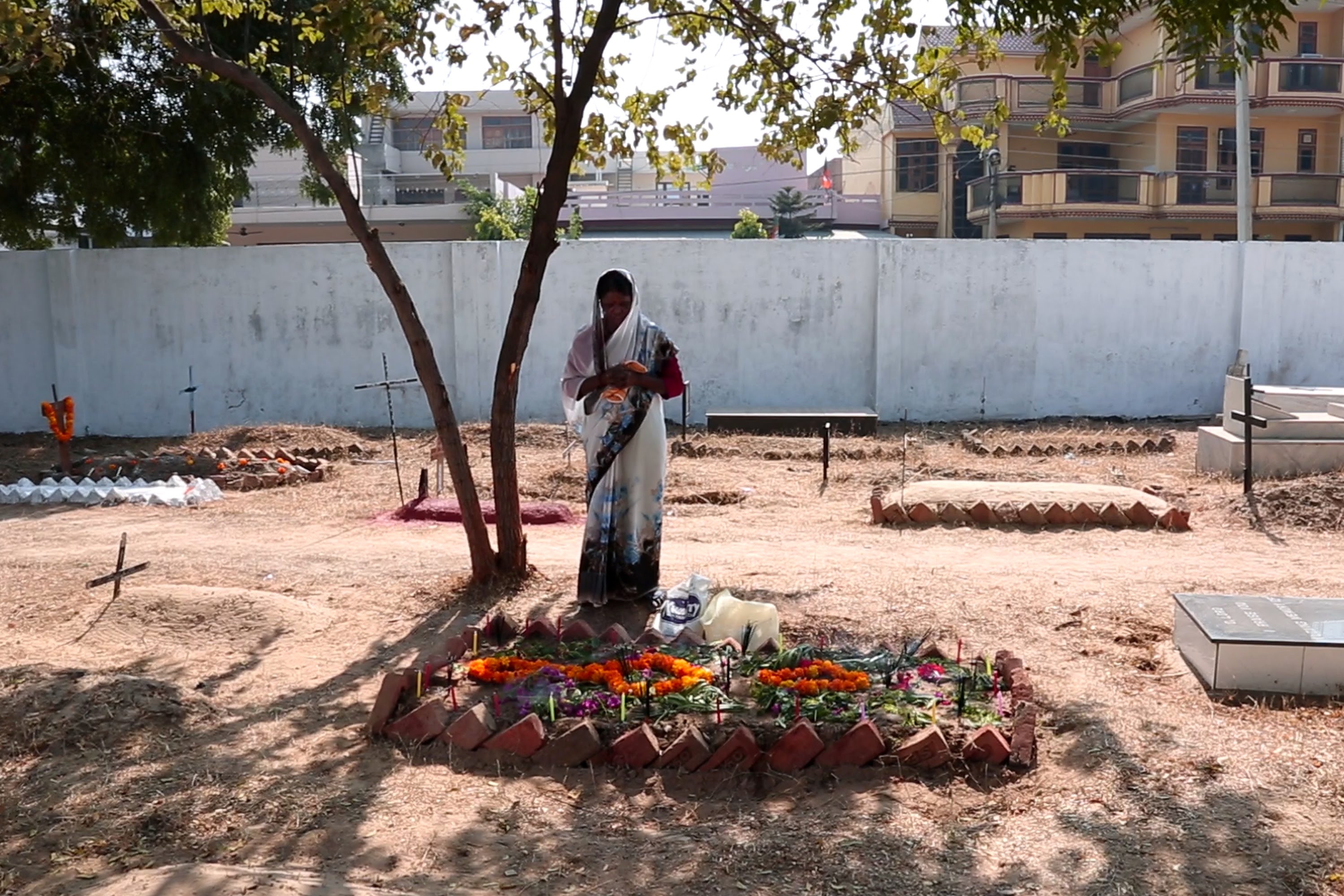 Cecilia Hasda, a tribal woman from West Bengal, is employed as a domestic worker at the director’s house. Just a few weeks after arriving in Delhi in 2014, she learns that her 14 year-old daughter, Mati, whom she had left behind in her village, has been trafficked to the capital city and killed under mysterious circumstances. The film documents Cecilia’s fight for justice for her daughter with the help of Sunaina and Pankaj Johar, her employers, as she navigates her way through a Kafkaesque matrix of police, human traffickers, lawyers, and her village community. All of them try to dissuade — even pressure — her from probing the matter further and be content with monetary compensation. Johar also interviews Kailash Satyarthi, child rights activist and Nobel laureate, who has for years dedicated his life to rescuing children from traffickers and forced labour. In his remarkable effort to observe Celicia’s struggle, but not influence her decisions in her interactions with the police, lawyers and bureaucrats, Johar refrains from imbuing his film with an activist’s tone, even as he narrates in the film that it is people like him — city-bred upper middle class — who create the demand for domestic help and remain wilfully ignorant of how and under what circumstances the agencies recruit these people in the first place. 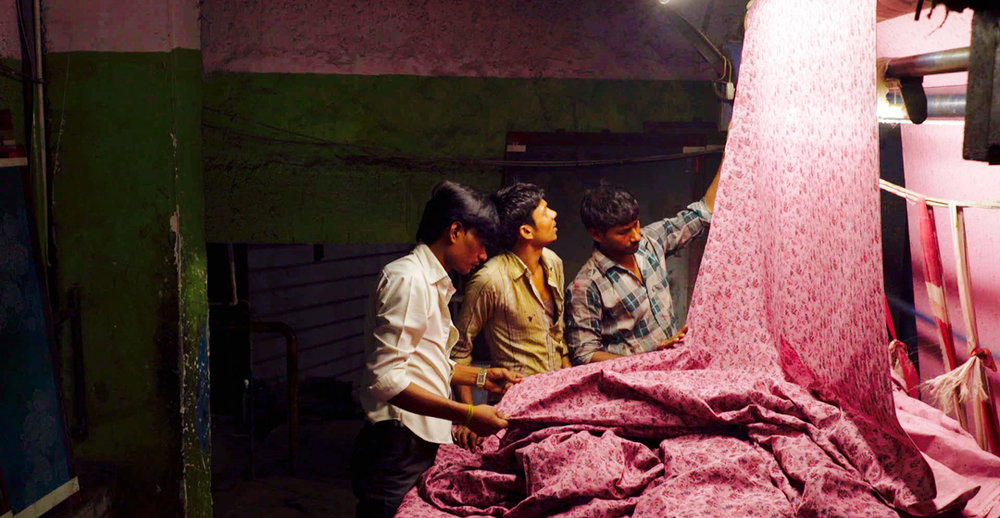 In his debut venture as a documentarian, Rahul Jain gives us a relentless portrait of daily lives of the workers in a textile factory in Surat, Gujarat. The prosaic title notwithstanding, the film is poetry in motion, wherein we see machines at work — whirring, pumping, milling — to an almost hypnotic effect. Fifteen minutes into the film, we see the first hands that operate these machines. Deliberately devoid of sentimentality or pity, the film does away with intertitles, voiceover, and background score, to let its subjects do the talking. The workers are resigned to the filth and squalor of their surroundings as they mix toxic chemical dyes without any gloves or masks on, yet they refuse to acknowledge their conditions as exploitation. With gritty cinematography that contrasts the pallid factory environs with the colourfully cascading reams of fabric, Machines simmers with the subtext of human rights and a call for unionisation, as some workers confront the filmmaker head on, “What are you gonna do?” The film premiered at International Documentary Film Festival in Amsterdam, Sundance, and the Museum of Modern Art.

So if you seek a break from fiction features, here is where you should look.

Three Hot Sauces That Glam Up Your Grub