Advaita: Of Unison, Evolution, And 14 Years Of Creating Music

14 years ago, eight young musicians with varied musical sensibilities came together to perform their first single, Light. After two successful studio albums, numerous international tours and accolades, the members of Advaita are now “realigning their energies”, as they prepare for Unison, their upcoming show at the Oddbird Theatre and Foundation. We met up with the two vocalists, Chayan Adhikari and Ujwal Nagar over a cuppa joe to reminisce about the band’s evolving sound spanning over almost a decade and a half in existence, and what the musical chords of the near future strum like.

Advaita was one of the first Indian bands to offer a unique listening experience to its audience — a soundscape spread over western and Indian sounds, perfectly blending together. In 2008, the band was handpicked by British producers John Leckie and Dan Austin, for the project Soundpad. A defining moment for the band, the project led to its first international tour in the UK and there has been no looking back. “I mean, who gets a chance like that now?” proclaims Adhikari. “We had honestly never even thought of something like that when we had started out. It was not only a dream but also helped the band grow so much! We gained momentum at a time when print articles were more relevant than digital. We were fortunate enough to be a part of a transition period where we did shows like The Dewarists, MTV Coke Studio, and MTV Unplugged, which gave us access to wider audiences that we would otherwise have not been able to reach out to. We’ve been very lucky that our music has been appreciated the way that it has and that we’ve still got people who listen to it and want more.”

Ujwal meanwhile draws attention to the fact that while the band still has active followers, the way the audience now consumes content has drastically changed. “It is a very ‘out of sight and out of mind’ scenario with social media giving a democratized platform to any budding musician. The space is definitely crowded because the audience is continuously exposed to good music.”

Over the years, Advaita has often been described as a fusion band, a genre, which till date, the band tends to shy away from. “I mean, of course, if one must, then you can label us as fusion, but honestly the sound of the band is what the members create. In that sense, it is a culture in itself, because all the members are a part of the songwriting process; the sound of the band is when all of us come together,” states Chayan. 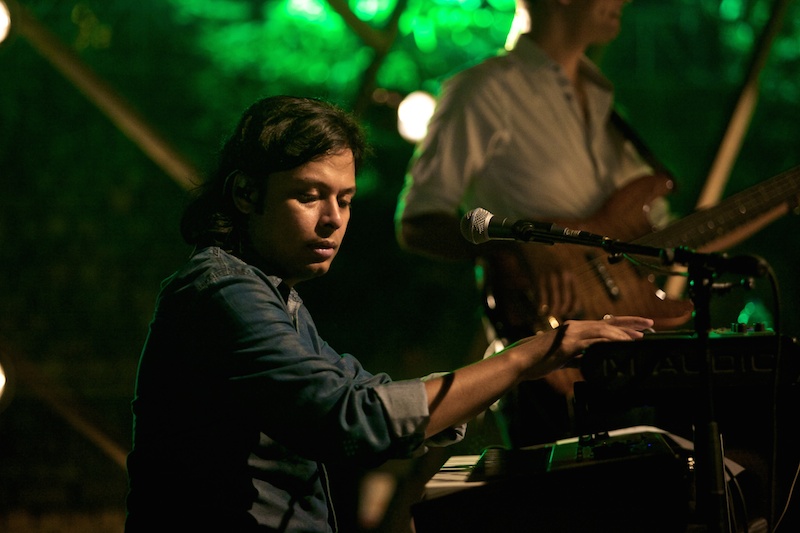 The upcoming show, Unison, therefore, is an important milestone in their journey as it will showcase Advaita in its present form. According to Ujwal, the band’s sound depends largely on the different energies of the members, rather than their varied skill sets. “The band has seen some changes which were inevitable, considering the 14 years and a line-up of 8 members. We’ve all got things we’re pursuing outside the band and that has helped the members develop their unique approach to music. As we have explored and experimented with different aspects of our art, we have also brought back more nuanced sounds to the band.”  “The show is not an attempt to redefine the band. Rather, it is us trying not to box ourselves in,” Chayan adds.

“Unison reflects the band’s larger philosophy,” Nagar comments, as he recalls the story behind the unique name, “We were all discussing and throwing around names. We wanted the name to represent our sound and at the same time, represent the need of the hour — for people to come together, politically speaking. After much debate, somebody just exclaimed Unison, and we all paused. It’s such a simple word that holds so much meaning. It’s an added bonus that it is an important musical term that sums up everything perfectly.” Chayan addresses the fact that the show will also be about reuniting with their audiences. “It is going to be a very intimate setting and we want it to be an immersive experience. Like every birthday gig, we have designed this one to be a proper production so that we can engage with our audiences on a personal level and just share the energy with the new material that we will play.” 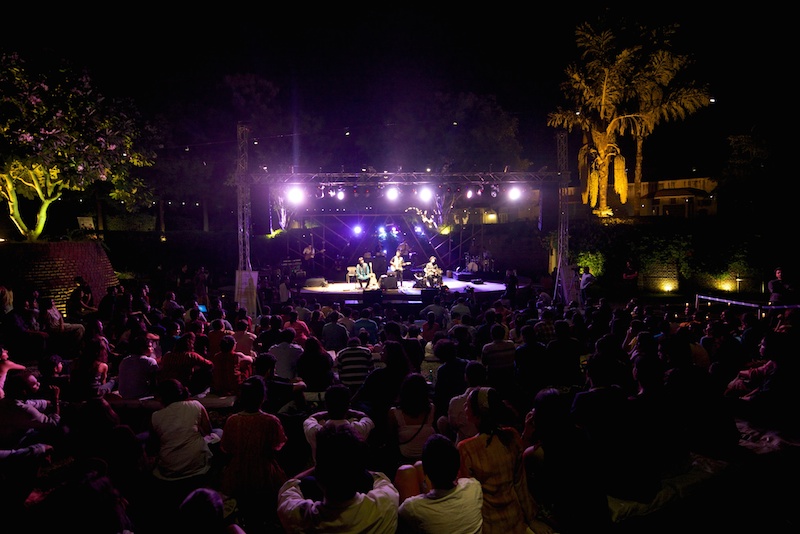 As for future plans, both Chayan and Ujwal comment that the show itself had been a long time coming and now that the members are in a flow, they are definitely planning on releasing something. “It would be too ambitious to comment at this point. However, we do know that we have a lot of new songs that we want to share; the format – Album, EP or Singles is something we’ll just have to see.”

Even as we washed down the last of our coffees, we bid adieu to Chayan and Ujwal, but not without indulging in the signature DSSC Rapid Fire:

Young indie musicians we should have on our playlist?

Indian musicians you look up to?

Bandstand in Mumbai and the Amphitheatre at India Habitat Centre. Besides, the set-up for the Gwalior Heritage Festival at Baija Taal was absolutely beautiful.

Most memorable Advaita performance till date?

National University of Juridical Science in Kolkata. We ended up playing a 3-hour set!

Also, the launch of our first studio album, ‘Grounded in Space’ at India Habitat Centre.

An international artiste you wish you could work with?

Glenmorangie: Bringing A Taste Of The Highlands From Cask To Glass