The Best Of Netflix: What To Watch In The Time You Have (Part Un)

Netflix has proved to be a bottomless gemfield with its roster of series and films that keeps expanding every month. Stranger Things, 13 Reasons Why, and The Crown not only became immediate hits, but also served as cultural unifiers, fodder for intense discussions on social media, and even becoming a great point for starting conversations IRL. However, you may not always have the time to begin watching certain series, leave alone completing them. Fret no more as #DSSCRecommends films and TV series you can catch on Netflix this weekend, based on the amount of time you have in hand, so that you don’t get left out of the cultural conversations in your circle.

If You Have Two Hours

A genetically modified, industrially-bred super pig, Okja, and her caretaker and friend of 10 years, Mija, are separated when the CEO of a multinational corporation decides to transport Mija from South Korea to New York in the pursuit of profit. A stark indictment of corporate greed, animal rights activism, and scientific ethics, Bong Joon-ho’s Okja premiered at Cannes in 2017 and, according to GQ, convinced many viewers to give up meat.

From Jonathan Demme, the filmmaker who gave us The Silence of the Lambs as well as some of the best concert films of all time on Bruce Springsteen and Neil Young, comes another masterpiece. Focusing on Justin Timberlake’s two-year tour of his album The 20/20 Experience, the film is a masterclass in shooting a concert film that isn’t merely a recording of the events. The Tennessee Kids in the title refers to Timberlake’s band and his fans, paying homage to the way the entertainer gives his all through his craft for his admirers.

The Meyerowitz Stories (New and Selected)

Once in a blue moon, comic actors surprise the audiences with a dramatic turn, sinking their teeth into a role layered enough to explore their untapped talent. Jim Carrey did so with Eternal Sunshine of the Spotless Mind in 2004; Noah Baumbach’s The Meyerowitz Stories is Adam Sandler’s day in the sun. The dramedy about a dysfunctional family, wherein three adult siblings get together to celebrate their father’s career, premiered at Cannes in 2017 to glowing reviews and an early Oscar buzz for Sandler’s performance. Also starring Dustin Hoffman, Emma Thompson, Elizabeth Marvel, and Ben Stiller, this film from the director of Frances Ha is a must-watch for its sharp writing that retains an awareness about the absurdity and vagaries of life even in the most trying times. 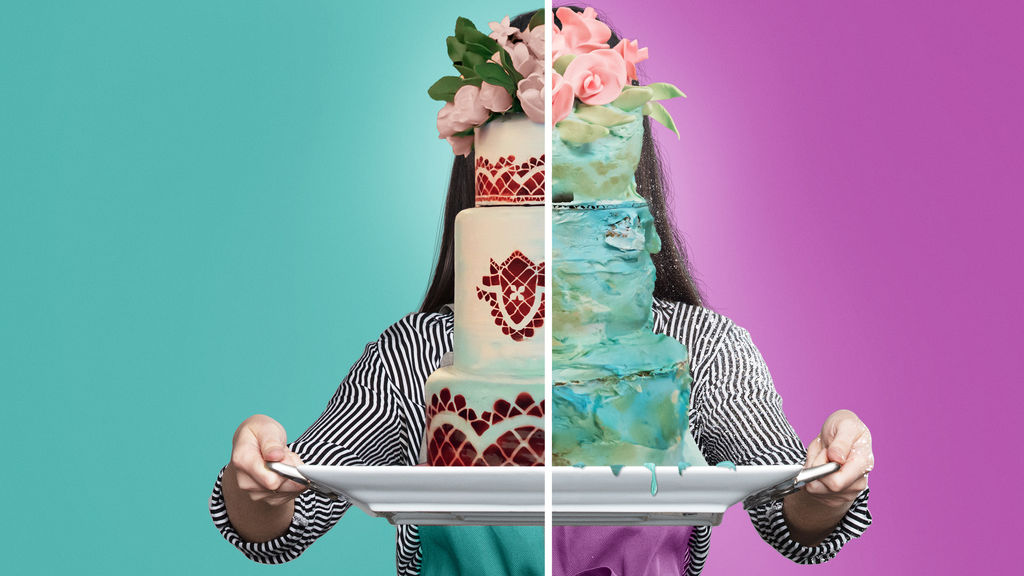 Comedian Nicole Byer and renowned Pastry Chef Jacques Torres host this culinary show wherein amateur home bakers with a questionable track record in the kitchen try to recreate edible masterpieces for a cash prize of $10,000. In each episode, three contestants try their hand at baking. The results, complemented with Byer’s commentary, are often hilarious, but whoever comes closest to baking a successful dessert that impresses the guest judges, takes the…well, cake. With just six episodes of 30 minutes each, binge-watching this show is a cakewalk.

In a sea of true-crime series such as Making a Murderer, American Vandal stands out for lampooning the genre. A high-school prankster vandalises 27 faculty members’ vehicles with lewd and offensive graffiti. When a senior student, Dylan Maxwell, is suspected of and expelled for the crime, an unconvinced sophomore student, who happens to be an aspiring documentarian, takes it upon himself to find out the real perpetrator, whose identity remains a mystery till the very end. Needless to say, as a mystery series with eight episodes, American Vandal is very much binge-worthy.

This UK series from 2016 is a hidden gem on Netflix that no one is watching. Brash, funny, filthy, and smart, Crashing follows the lives of seven people who live together as the “property guardians” of a disused hospital. They are legal squatters who do the bare minimum to keep the property from falling apart in return for cheap rent. The protagonist, Lulu comes back into Antony’s life, her childhood friend, who is engaged to Kate. Other property guardians include Melody, a nihilistic, chain-smoking French painter; her reluctant muse, Colin, who is recently divorced; the timid Fred; and Sam, a supremely confident man in denial of his bisexuality. Jealousies abound and much hilarity ensues as these oddball characters come together with their believable personal struggles. With only six episodes, Crashing will leave you wanting for more.

A Series of Unfortunate Events

Based on the children’s novel series of the same name by Lemony Snicket, this Netflix adaptation is produced by Neil Patrick Harris, who also acts as the principal baddie, Count Olaf. After their parents mysteriously die, the Baudelaire children — Violet, Klaus, and Sunny — are placed in their distant uncle, Count Olaf’s care, who tries every trick possible to lay his hands on the fortune the three children have been bequeathed, thus leading them to hop from one place to another in search for safety. A gothic comedy, the two-seasons old series has been praised for its lavish visual appeal and writing that fleshes out minor characters from the books.

A follow-up to creator David Gelb’s own Jiro Dreams of Sushi, each episode of the series profiles a single world-renowned chef where viewers get to explore their kitchens and lives as they redefine gourmet food with their innovative recipes. Boasting nominations for several Primetime Emmy Awards and a Francophile spin-off with a fifth season in the works, this is a series that will certainly be referenced in conversations. Furthermore, with six episodes per season, you can binge-watch at least two seasons over one weekend.

Touted as the antithesis of Chef’s Table, Rotten is a six-part documentary series about problems in the process of food supply. Each episode deals with one food product and through interviews with manufacturers, distributors, doctors, and scientists, aims to blow the lid on the various fraudulent practices that shape what we eat. A quasi true-crime series about food, Rotten is a bitter but necessary pill to swallow.

Part deux is now here to take forward the cause of binge watching. Whether or not we have plans to go out this weekend, Netflix always has something to keep us enthralled.